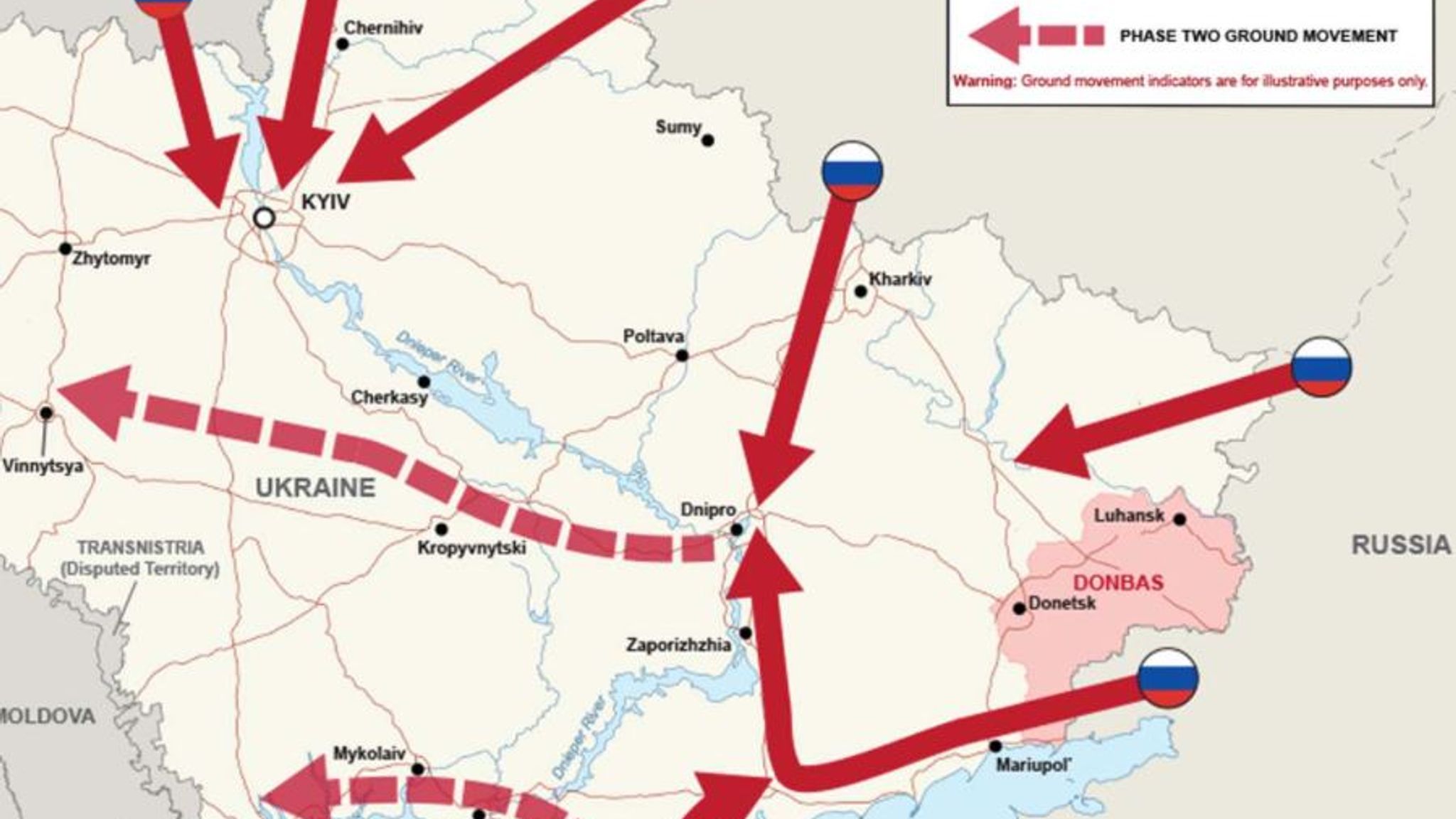 Russian military drills are “purely defensive” and “not a threat to any other country”, Vladimir Putin has said.

The Russian president denied he was going to invade Ukraine following Western leaders warning an incursion is imminent as Moscow amasses more than 150,000 troops at the border.

Talking at a news conference with Belarus President Alexander Lukashenko following talks between the two allies, Mr Putin said: “These military exercises, drills, are purely defensive and are not a threat to any other country.

“They were planned and all the objectives of these drills have been achieved.”

Earlier on Friday, Russia announced it was going to be holding nuclear drills on Saturday and Mr Putin would personally be overseeing the exercise, along with Mr Lukashenko.

Mr Putin added that Russia is open to discussions with the US and other Western allies but said he is “demanding” a return to the NATO agreement signed in 1997 with Russia following the Cold War.

“The US and other partners are not accepting these demands or initiatives at the moment,” he said.

“We’ve also talked about certain ideas that were put forward, ideas of transparency and limiting certain types of weapons.

“Russia is open to these discussions.”

Russia will counter any Western sanctions

The West has threatened tighter economic sanctions on Russia if it invades Ukraine, but Mr Putin said countries would probably find a reason to impose sanctions whatever Russia does.

He added that Russia would counter any sanctions.

Mr Lukashenko agreed and said the West was taking a “gangster approach to economics and finance” and Belarus and Russia had learnt how to counteract them after years of sanctions.

Belarus’ leader was more effusive in his criticism of Western countries than Mr Putin, saying there had been an “irresponsibility” by a number of Western leaders that had led to the situation over Ukraine.

He added that Mr Putin had been “quite soft talking” when discussing the Donbas region in Ukraine, of which some areas were taken by Russian-backed rebels in 2014.

On Thursday, Ukraine accused the separatists of shelling a kindergarten, which the US, the UK and NATO’s leaders said was a “false flag” operation by Russia, in which the Kremlin claims Ukraine has attacked it as a pretext for invasion.

The rebels have also accused Ukrainian forces of shelling them.

Mr Lukashenko said people were already fleeing the occupied part of Donbas which is “not normal”.

Rebel leaders in the city of Donetsk and in the self-declared Luhansk People’s Republic announced an evacuation of residents who will start to be bussed out of the region on Friday evening, the Russian Interfax news agency said.

Mr Lukashenko added that certain politicians from the “so-called free world” are “quite dangerous for those who surround them and their own people”.

The Belarus leader said he would be joining Mr Putin for Saturday’s nuclear drills and promised the military exercises would be completed soon.

No evidence Russia pulling back troops

US Secretary of State Antony Blinken said there is no evidence Russia is pulling back troops from the border with Ukraine, as it claims.

“On the contrary, we see additional forces going to the border including leading edge forces that would be part of any aggression,” he told the Munich Security Conference.

Nearly 600 explosions were recorded on Friday morning in Donbas, 100 more than on Thursday, the Ukrainian military said.

Western leaders have said there is still time for diplomacy but warned an invasion could be imminent.