Can humans regrow limbs . An experiment with frogs offers hope 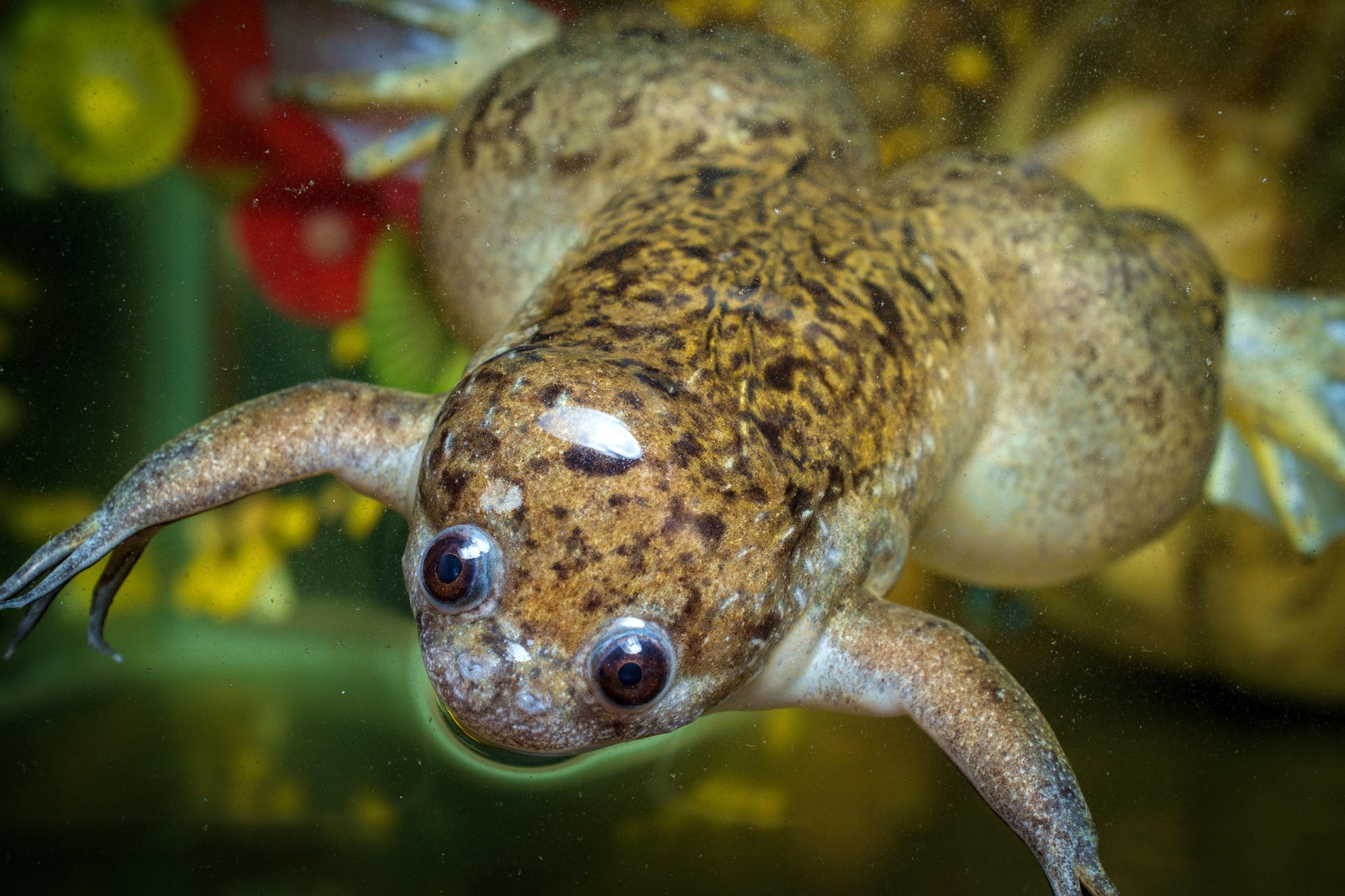 Frogs briefly treated with a five-drug cocktail administered by a wearable bioreactor on the stump were able to regrow a functional, nearly complete limb.
Share:

For millions of patients who have lost limbs for reasons ranging from diabetes to trauma, the possibility of regaining function through natural regeneration remains out of reach. Regrowth of legs and arms remains the province of salamanders and superheroes.

But in a study published in the journal Science Advances, scientists at Tufts University and Harvard University’s Wyss Institute have brought us a step closer to the goal of regenerative medicine.

On adult frogs, which are naturally unable to regenerate limbs, the researchers were able to trigger regrowth of a lost leg using a five-drug cocktail applied in a silicone wearable bioreactor dome that seals in the elixir over the stump for just 24 hours. That brief treatment sets in motion an 18-month period of regrowth that restores a functional leg.

Many creatures have the capability of full regeneration of at least some limbs, including salamanders, starfish, crabs, and lizards. Flatworms can even be cut up into pieces, with each piece reconstructing an entire organism. Humans are capable of closing wounds with new tissue growth, and our livers have a remarkable, almost flatworm-like capability of regenerating to full size after a 50% loss.

But loss of a large and structurally complex limb—an arm or leg—cannot be restored by any natural process of regeneration in humans or mammals. In fact, we tend to cover major injuries with an amorphous mass of scar tissue, protecting it from further blood loss and infection and preventing further growth.

The Tufts researchers triggered the regenerative process in African clawed frogs by enclosing the wound in a silicone cap, which they call a BioDome, containing a silk protein gel loaded with the five-drug cocktail.

Each drug fulfilled a different purpose, including tamping down inflammation, inhibiting the production of collagen which would lead to scarring, and encouraging the new growth of nerve fibers, blood vessels, and muscle. The combination and the bioreactor provided a local environment and signals that tipped the scales away from the natural tendency to close off the stump, and toward the regenerative process.

The researchers observed dramatic growth of tissue in many of the treated frogs, re-creating an almost fully functional leg. The new limbs had bone structure extended with features similar to a natural limb’s bone structure, a richer complement of internal tissues (including neurons), and several “toes” grew from the end of the limb, although without the support of underlying bone.

The regrown limb moved and responded to stimuli such as a touch from a stiff fiber, and the frogs were able to make use of it for swimming through water, moving much like a normal frog would.

“It’s exciting to see that the drugs we selected were helping to create an almost complete limb,” said Nirosha Murugan, research affiliate at the Allen Discovery Center at Tufts and first author of the paper. “The fact that it required only a brief exposure to the drugs to set in motion a months-long regeneration process suggests that frogs and perhaps other animals may have dormant regenerative capabilities that can be triggered into action.”

The researchers explored the mechanisms by which the brief intervention could lead to long-term growth. Within the first few days after treatment, they detected the activation of known molecular pathways that are normally used in a developing embryo to help the body take shape.

Activation of these pathways could allow the burden of growth and organization of tissue to be handled by the limb itself, similar to how it occurs in an embryo, rather than require ongoing therapeutic intervention over the many months it takes to grow the limb.

How the BioDome Works

Animals naturally capable of regeneration live mostly in an aquatic environment. The first stage of growth after loss of a limb is the formation of a mass of stem cells at the end of the stump called a blastema, which is used to gradually reconstruct the lost body part. The wound is rapidly covered by skin cells within the first 24 hours after the injury, protecting the reconstructing tissue underneath.

“Mammals and other regenerating animals will usually have their injuries exposed to air or making contact with the ground, and they can take days to weeks to close up with scar tissue,” said David Kaplan, Stern Family Professor of Engineering at Tufts and co-author of the study. “Using the BioDome cap in the first 24 hours helps mimic an amniotic-like environment which, along with the right drugs, allows the rebuilding process to proceed without the interference of scar tissue.”

Next Steps in Frogs and Mammals

Previous work by the Tufts team showed a significant degree of limb growth triggered by a single drug, progesterone, with the BioDome. However, the resulting limb grew as a spike and was far from the more normally shaped, functional limb achieved in the current study.

The five-drug cocktail represents a significant milestone toward the restoration of fully functional frog limbs and suggests further exploration of drug and growth factor combinations could lead to regrown limbs that are even more functionally complete, with normal digits, webbing, and more detailed skeletal and muscular features.

“We’ll be testing how this treatment could apply to mammals next,” said corresponding author Michael Levin, Vannevar Bush Professor of Biology in the School of Arts & Sciences, director of the Allen Discovery Center at Tufts, and associate faculty member of the Wyss Institute.

“Covering the open wound with a liquid environment under the BioDome, with the right drug cocktail, could provide the necessary first signals to set the regenerative process in motion,” he said. “It’s a strategy focused on triggering dormant, inherent anatomical patterning programs, not micromanaging complex growth, since adult animals still have the information needed to make their body structures.”