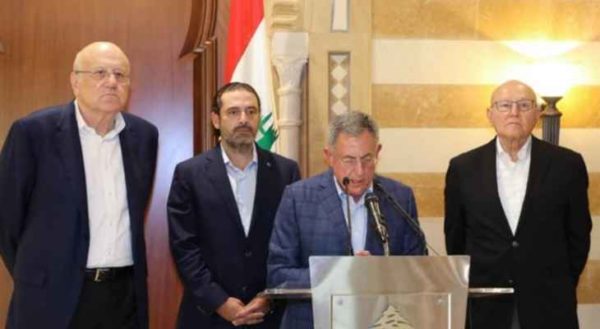 According to the report the traditional Sunni politicians decided to contest the elections with one unified electoral list as one “Sunni alliance” , but the discussion is going on how that will be handled . Former PM Fouad Siniora may manage the electoral process of the aforementioned alliance. .

This development comes after Hariri returned Thursday to Lebanon and met with Mikati at the Grand Serail.

They reportedly discussed the latest political developments and the general situation .

It is “most likely” that Hariri will not personally run in the upcoming parliamentary elections, according to Future Movement MP Hadi Hbeish.