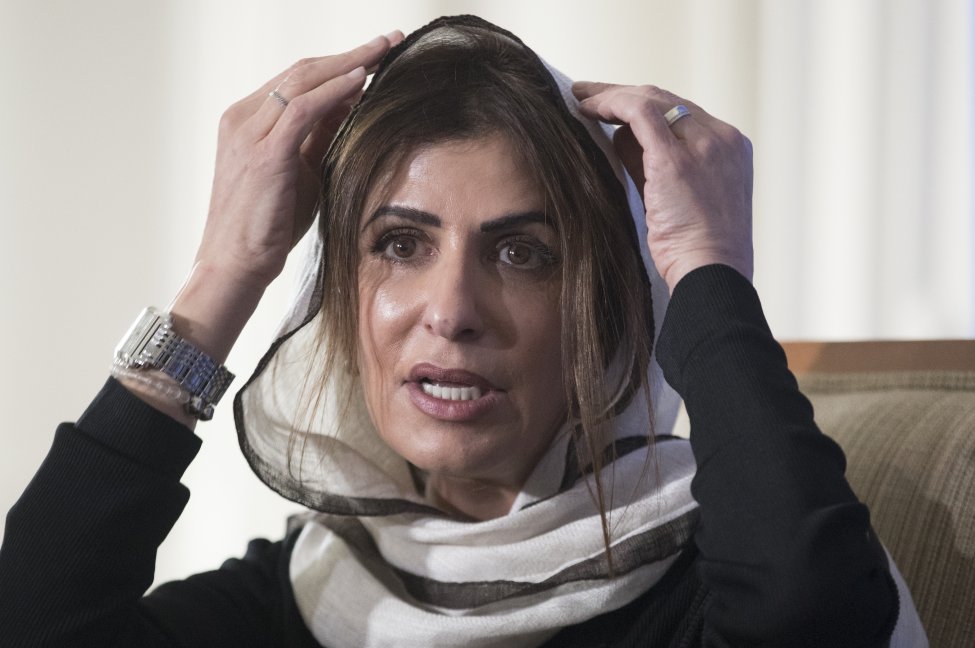 Saudi Princess Basmah Bint Saud Al Saud was released from prison on Thursday, after being detained for almost three years. The 57-year-old was released along with her daughter after both were arrested in March 2019. File photo by Michael Reynolds/EPA
Share:

Jan. 8 (UPI) — An outspoken Saudi Princess has been released from custody after being detained for close to three years.

Princess Basmah bint Saud bin Abdulaziz Al Saud was released Thursday, after she was originally arrested in March 2019, while waiting to board a flight to Switzerland for medical treatment.

The outspoken advocate for humanitarian aid and constitutional reform in Saudi Arabia was taken into custody with her daughter Souhoud Al Sharif.

Since then, the two have been held at the maximum-security Al-Ha’ir prison near Riyadh, although neither were formally charged with any crime.

“The two ladies were released from their arbitrary imprisonment, and arrived at their home in Jeddah on Thursday, Jan. 6, 2022. The princess is doing fine but will be seeking medical expertise. She seems worn out but is in good spirits, and thankful to reunite with her sons in person,” her legal advisor Henri Estramant told the Jerusalem Post.

He did not mention the reason the two were released and the motivation and timing of the Saudi government remain unclear.

The Princess is the youngest child of King Saud Bin Abdul Aziz, who ruled the country from 1953-64.

In a series of tweets in 2020, the princess appealed to her cousin, Crown Prince Mohammed bin Salman, to be freed. At the time, she said her health had been deteriorating.