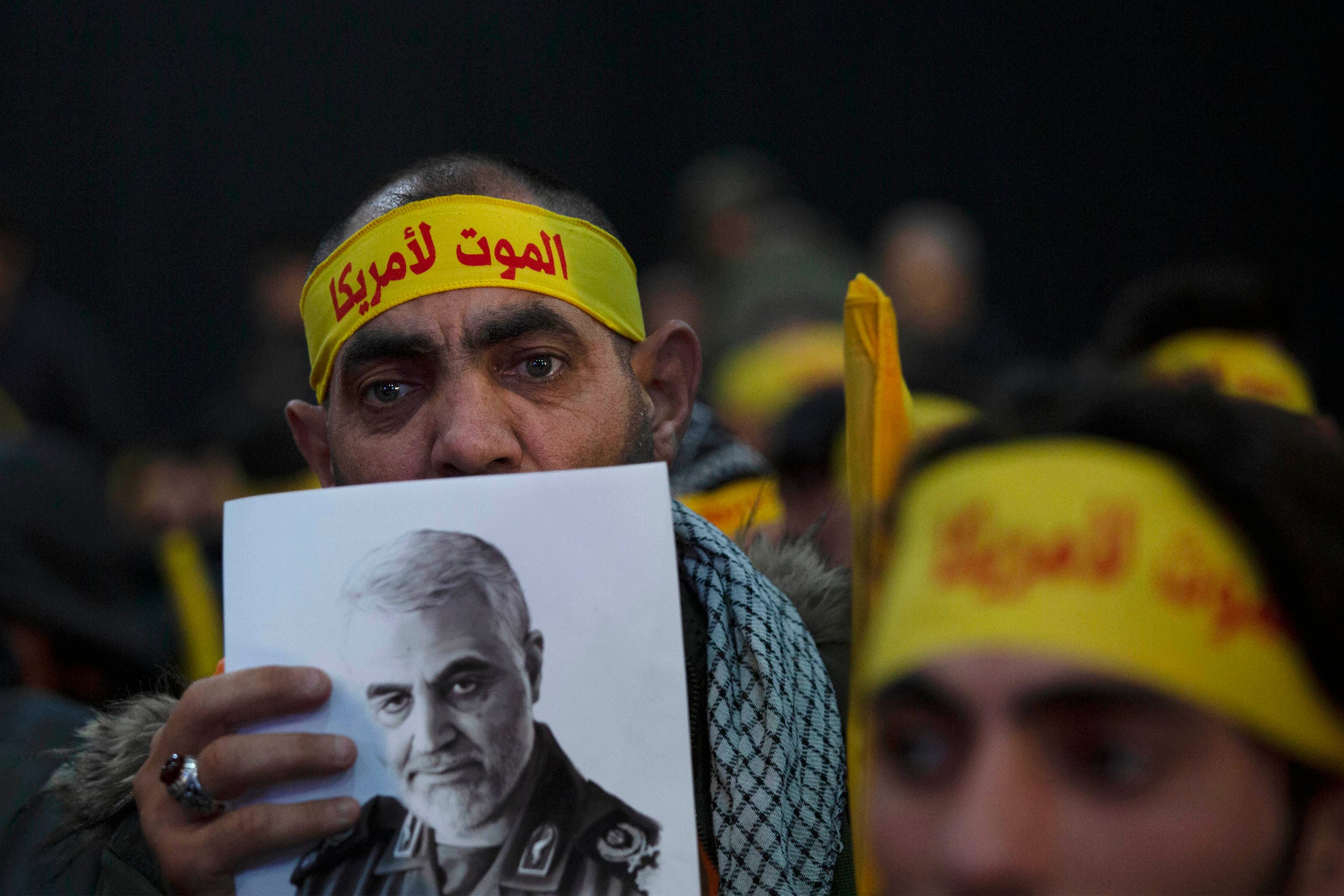 Supporters of Iran backed Hashed al-Shaabi marked the anniversary of the killing of a revered Iranian commander and his Iraqi lieutenant in a US drone strike. Chanting “Death to America”, they filled a Baghdad square to honour Iran’s General Qassem Soleimani.
Share:

Thousands of supporters of Iraq’s Hashed al-Shaabi alliance of armed groups Saturday marked the second anniversary of the killing of a revered Iranian commander and his Iraqi lieutenant in a US drone strike.

Chanting “Death to America”, they filled a Baghdad square to honour Iran’s General Qassem Soleimani, who headed the Quds Force, the foreign operations arm of the elite Revolutionary Guards, until his death on January 3, 2020.

“US terrorism has to end” read one sign at the rally by backers of the pro-Iranian Hashed, a former paramilitary alliance that has been integrated into Iraq’s state security apparatus.

Trump said at the time that the assassination came in response to a wave of attacks on US interests in Iraq.

The killing of Soleimani, the architect of Iran’s Middle Eastern military strategy, sent shock waves across the region and sparked fears of a direct military confrontation between decades-old arch enemies Washington and Tehran.

The Islamic republic, which wields considerable influence in neighbouring Iraq, warned it would avenge Soleimani’s death.

Five days after his killing, Iran fired missiles at an air base in Iraq housing US troops and another near Arbil in the north.

Since then dozens of rockets and roadside bombs have targeted Western security, military and diplomatic sites across Iraq.

Iraqi and Western officials have blamed hardline pro-Iran factions for the attacks, which have never been claimed by any group.

In February last year, the US carried out an air strike against Kataeb Hezbollah, an Iranian-backed Iraqi paramilitary force stationed along the Iraqi-Syrian border, following rocket attacks on its Baghdad embassy and a US military contracting firm north of the capital.

Hashed has repeatedly called for the withdrawal of US troops who are deployed in Iraq as part of a multinational coalition fighting jihadists of the Islamic State group.

Senior Hashed official Faleh al-Fayyad reiterated the demand Saturday, saying the killing of Soleimani and Muhandis was “a crime against Iraqi sovereignty”.

n December, Iraq announced the end of the “combat mission” there of the US-led coalition against the IS. But about 2,500 American soldiers and 1,000 coalition troops will remain deployed in Iraq to offer training, advice and assistance to national forces.