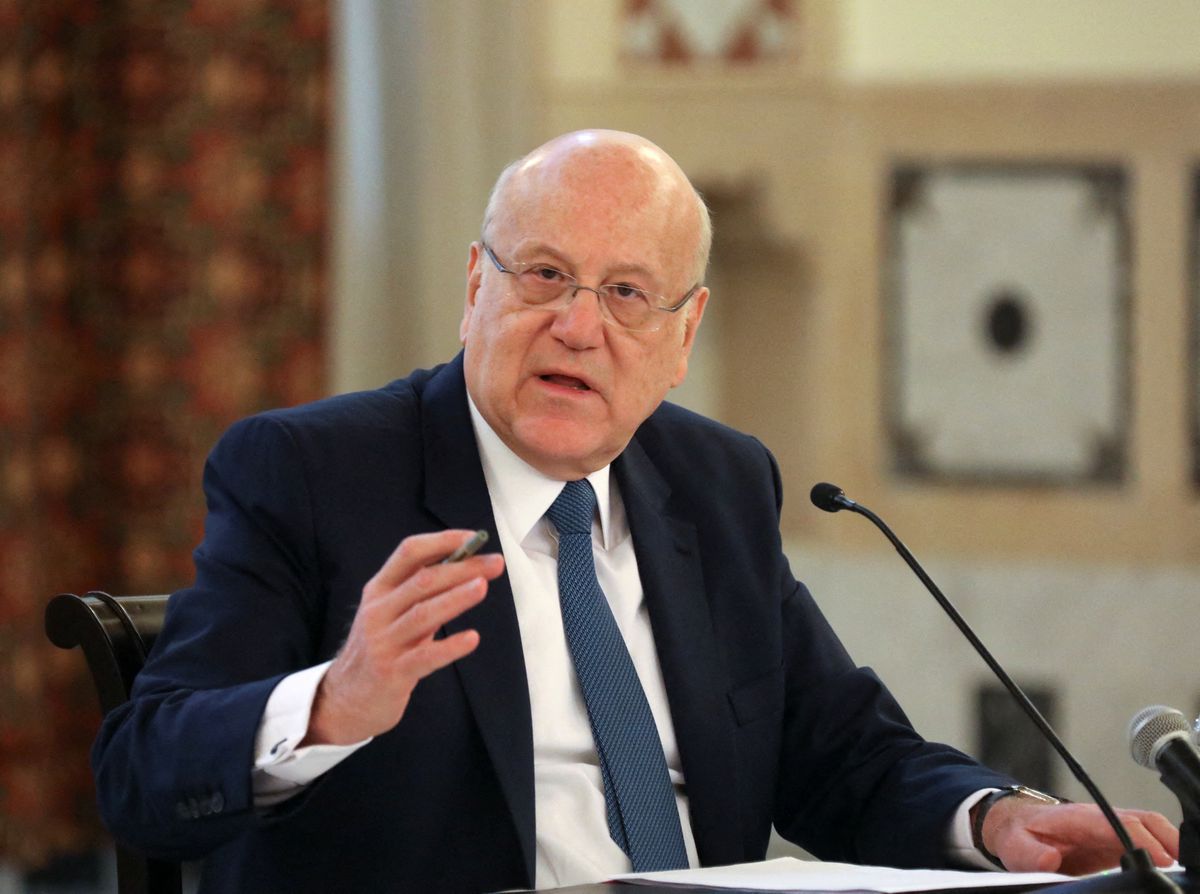 Lebanese Prime Minister Najib Mikati gestures during a news conference on the latest developments in the country, at the governmental palace in Beirut, Lebanon December 28, 2021. REUTERS/Mohamed Azakir
Share:

Lebanon’s Prime Minister Najib Mikati said on Tuesday that central bank Governor Riad Salameh should remain in position for now, signalling continued political backing for him despite embezzlement probes at home and abroad.

“One does not change their officers during a war,” Mikati told a news conference in reference to Salameh, adding that he would wait for the results of investigations that are being conducted by judicial authorities in Switzerland and elsewhere.

Salameh has repeatedly denied any wrongdoing.

Speaking to Reuters, Mikati, a billionaire tycoon, said the investigations against Salameh were “being used in politics”.

Salameh’s tenure as governor has come under increased scrutiny since 2019 when Lebanon collapsed into a financial meltdown that has sunk the currency by some 95% and caused poverty to skyrocket.

Salameh is being investigated by authorities in at least four European countries, including a Swiss inquiry over alleged “aggravated money laundering” at the central bank involving $300 million in gains by a company owned by his brother, Raja.

In November, Salameh said he had ordered an audit of transactions and investments that had been the focus of media reports and this had shown no public funds were used to pay fees and commissions to the company owned by his brother. Raja Salameh has not publicly commented on the accusation.

Mikati also called for a national dialogue on foreign policy and for improving ties with Arab Gulf countries.

Mikati’s government, which aims to restart talks with the IMF to unlock much-needed foreign aid, has not met since Oct. 12, due to a dispute over a probe into last year’s catastrophic Beirut port blast.

Mikati said he would not call for a meeting that could lead the government to unravel.

Iran-backed Hezbollah and its ally Amal want the judge leading the blast probe removed and have refused to allow cabinet to meet until the issue is on the agenda. Mikati has said the issue falls outside cabinet’s powers.