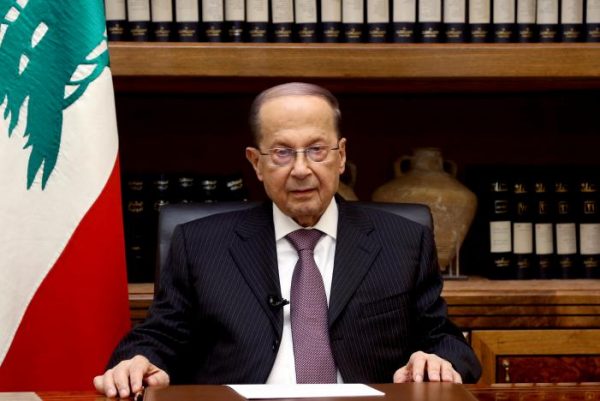 BEIRUT – Lebanon’s President Michel Aoun called on Monday for an “urgent” national dialog on decentralization to reach an understanding on a much-needed economic recovery plan.

The economy has been in freefall since 2019, when a mountain of debt and political gridlock drove the nation into its deepest crisis since the 1975-1990 civil war.

“Administrative and financial decentralization is the key, accountability and auditing are a condition to turn the page and start a new chapter,” Aoun said in a televised speech, renewing his call for the government to convene.

The cabinet, which is focused on talks with the International Monetary Fund (IMF) to unlock much needed foreign aid, has not met since Oct. 12 amid a row over a probe into last year’s deadly Beirut port blast.

Aoun added that obstructing the economic recovery plan put by the former government led to delaying the negotiations with the IMF.

Last week, Aoun said that Lebanon needs “six to seven years” to emerge from the crisis, a bleak assessment that offered little hope to a nation desperate for positive developments since the economic meltdown in 2019.