America’s next crisis may be Lebanon 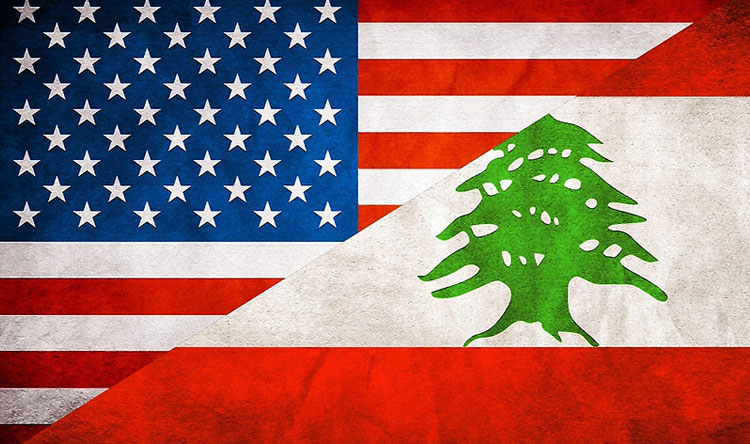 Could the New Year bring a Third Lebanon War, igniting the region and drawing America back to the Middle East? As Hal Brands, writing for the Hoover Institution, said in 2019: “U.S. interests in the region have not disappeared, and the prospect that Middle Eastern troubles will impact America, if left unattended, is as high as ever. If the United States rushes for the exits, it may find that it is pulled back under worse circumstances, and at higher costs, in the future.”

Israel has at least two “red lines” in dealing with Iran and its Hezbollah proxy in Lebanon. The most-reported speculative narrative is Israel preemptively striking Iranian nuclear facilities and Iran unleashing Hezbollah’s 150,000 missiles. That could overwhelm Israel’s Iron Dome, David’s Sling and Arrow anti-missile systems. This narrative takes all the oxygen out of the room, leaving behind the other, less obvious discussion of what actually may trigger the next confrontation at Israel’s northern border with Iran — what some now call the border of Israel, Lebanon and Syria.

What may cause Israel to act might not have much to do with Iran’s march to nuclear threshold status. It could be Hezbollah crossing an Israeli threshold to produce precision-guided missiles that could devastate Israel from north to south. That may be what forces Israel to preemptively strike throughout Lebanon, igniting a regional war. For this reason, America must not take its eye off Lebanon.

Add to that the possibility that Israel may carry out a massive ground invasion if it assesses that it cannot set back the Iranian-Hezbollah precision-guided missile stores and manufacturing sites enough with just an air campaign. Israel has learned the limitations of pure air assaults from the Second Lebanon War, but has significantly improved its abilities during the last five Gaza wars. The May 2021 Guardian of the Wall war devastated the underground tunnel network of Hamas. That knowledge will be applied to Hezbollah’s much more challenging underground network and Iran’s Islamic Revolutionary Guard military assets there.

Israel knows that time is not on its side. If war occurs, the international community will force Israel to prematurely accept a ceasefire because of civilian casualties. So, Israel will have to do its damage in a short window of time, which may necessitate a ground invasion.

This scenario could occur sooner, rather than later. According to Amos Harel, Haaretz’s longtime military correspondent and defense analyst, “Hezbollah appears to be on the threshold of significant production of precision kits for its rockets in Lebanon. That development has been considered a ‘red line.’ … Should the manufacturing sites be attacked, at the risk of war? On the other hand, doesn’t Lebanon’s vast political and economic crisis impose serious constraints on Hezbollah’s room for maneuver?”

You may say that Israel already does this repeatedly, with its military strikes throughout Syria on Iranian and Hezbollah targets. But that is in Syria and, until now, Israeli strikes against Lebanon pale in comparison. Israel’s “War Between the Wars” is a complex geopolitical game in which Israel strikes manufacturing and precision-guided weapons transiting through Syria to Lebanon. In this tricky game, Israel coordinates with Russia to allow it access for strikes while not eliciting a Russian anti-missile response.

For the time being, Russia appears to be fine with Israel’s degradation of Iran’s Revolutionary Guards and Hezbollah proxy in Syria, since Iran’s presence threatens to undermine Russia’s significant gains in Syria: its newly upgraded air and naval bases in Latakia and Tartus on the Mediterranean Sea.

Hezbollah may not be anxious to be devastated if Iran comes calling after a preemptive strike on its nuclear facilities. However, an effective Israeli air campaign throughout Lebanon to destroy their missile arsenal would force them to respond. It could include missiles and cross-border attacks through tunnels that Israel has not identified on its northern border.

Hezbollah cannot afford to look weak with a non-response. It also could use an Israeli attack to claim that they are the “true defenders” of Lebanese sovereignty, with an impotent Lebanese Armed Forces (LAF). America recently sent an additional $67 million to the LAF in the false hope that it could counterbalance Hezbollah — but that is equivalent to using a handgun to fight against a rapid-fire machine gun.

The devastation of Lebanon and the further collapse of its economy will be bad enough. But what makes the next potential war even more dangerous is that it likely will be a northern war, not just an Israeli-Lebanese war. Syria is part of Iran’s northern front, with embedded Islamic Revolutionary Guards, Iranian-controlled militias, and Hezbollah. All would be activated if Israel struck Lebanon, including Iraqi militias under Iranian control in western Iraq. The repercussions could even allow Turkey to take advantage of the world’s focus on the fight to the south, to move against America-allied Kurds in northern Syria.

In speaking to Israeli military and political analysts, estimated fatalities in a northern war would range from 600 to 10,000 Israelis, with significant property and psychological damage. Israelis throughout the country, and not just people in Israel’s north, would bear the brunt of the carnage if Hezbollah has enough precision-guided, long-range missiles after an Israeli strike. If not, Iran could turn to a maritime confrontation, attacking Israel’s natural gas installations in the Mediterranean. That would affect the interests of Egypt, Cyprus, Greece and Jordan, all of whom benefit from Israel’s energy production.

This scenario is the last thing America wants as it pivots to the Far East to confront China and hopes that Iran will agree to rejoin some form of the nuclear agreement known as the Joint Comprehensive Plan of Action(JCPOA). The coming year could be one that reshapes the Eastern Mediterranean, and 2022 could force the United States back to the Middle East. At the very least, U.S. forces on the Syria-Iraq border — who play a significant role in impeding Iran’s resupply of weapon systems to Syria and Lebanon and coordinate with Kurdish allies — would be placed in a more difficult position.

There likely will come a time when Israel feels compelled to act against Hezbollah, and it could be soon. America’s leadership will need to weigh U.S. interests in deciding whether or how to help Israel quickly succeed in its mission.