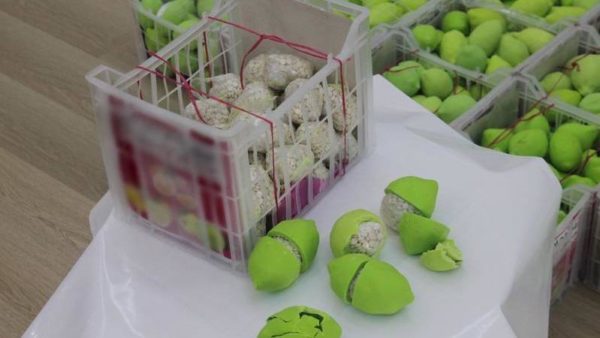 Police foiled an attempt to smuggle more than a million Captagon pills into Dubai hidden in plastic lemons
Share:

Dubai police have seized more than a million Captagon pills smuggled into the city hidden in plastic lemons.

The drug, which is popular among militias in Syria who use it to stay awake and euphoric when fighting, has lately become all the rage in the Gulf.

After being tipped off about the shipment, Dubai’s anti-narcotics department found the drugs hidden in plastic lemons in 66 boxes. They seized Captagon worth $16 million and arrested four suspects, all Arabs. The UAE did not reveal their nationalities, but said they all came from one Arab country and live and work in the UAE

This development comes days after security forces in Lebanon and Syria  seized two separate shipments of the banned stimulant Captagon, the latest in a string of similar busts.

Captagon is one of the brand names for the amphetamine-type stimulant fenethylline and is manufactured mostly in Lebanon and Syria, for illegal recreational use – mostly in Saudi Arabia.

According to an EU-funded report by the Centre for Operational Analysis and Research, “Captagon exports from Syria reached a market value of at least $3.46bn” in 2020.

In July last year, Italy seized from Hezbollah a record 14-tonne haul of the drug – or 84m pills – that had arrived from Syria . whose value was estimated at over one $billion

Update: The article is updated to show the smuggled Captagon pills came from Lebanon.