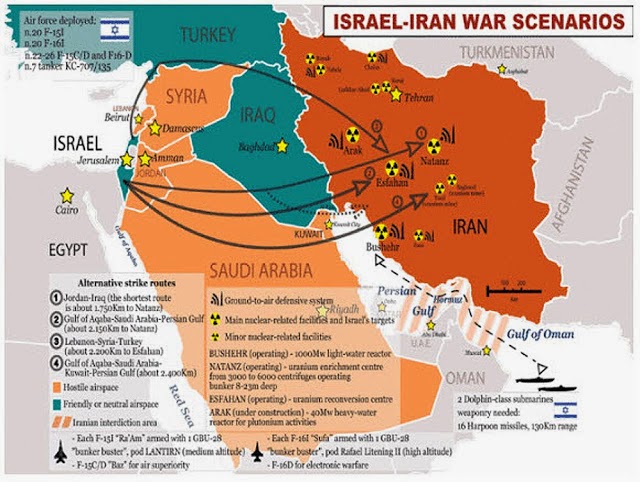 With the talks underway in Austria’s capital Vienna to restore the 2015 nuclear deal, formally known as the Joint Comprehensive Plan of Action, tensions between Iran and Israel have escalated during the past weeks, raising concerns that they might adversely impact the advancement of Vienna talks.

Tomer Bar, incoming commander of the Israeli Air Force, said on Wednesday that if there is a need, his country is ready to carry out a successful strike on Iran’s nuclear facilities as early as “tomorrow,” western media reported.

Bar said striking against Iran’s nuclear program might happen under his command after he takes the helm in April 2022, if the ongoing talks in Vienna between Iran and major powers fail.

Earlier this month, the Israeli media outlets claimed that Israel’s strike on Syria is “a direct message” to Iran, quoting the leaders of the Israeli army as announcing an increase in the number of troops in the air force and the intelligence branch of the Israeli army to prepare for a possible attack on Iran.

On Wednesday, U.S. National Security Advisor Jake Sullivan and Israeli Prime Minister Naftali Bennett met in Tel Aviv to discuss the state of affairs in the Vienna talks and coordinate a joint strategy.

The Israeli daily Yedioth Ahronoth reported that one of the main demands from Israel on the United States is a complete cessation of Iran’s ballistic missile development and production program, which has made it viable for the country to launch missiles into Israel in a short time.

Israel has long threatened to carry out military operations against Iran if the latter’s nuclear program gets close to weapon-grade. Reportedly, Israel has allocated 1.5 billion U.S. dollars for such action against Iran.

Defying the threats, the IRGC launched the large-scale war game on the southern coasts of the country on Monday with its senior commander sending a warning message against any Israeli hostile move.

“If Israel carries out attacks against Iran, our armed forces will immediately attack all centers, bases, routes, and spaces used to carry out the aggression,” Gholam Ali Rashid, commander of the IRGC’s Khatam-al Anbiya Central Headquarters, said Monday, according to the IRGC website.

During the final phase of Great Prophet 17 on Friday, Chief of Staff of the Iranian Armed Forces Mohammad Bagheri told reporters that the exercise was a response to “empty” threats of Israel, state TV reported.

“It was one of the most successful missile exercises of Iran so far. In this exercise, a variety of missiles from different directions hit and destroyed simultaneously, and with complete accuracy, the designated target at long distance,” said Bagheri.

“Iran does not accept these threats … and will not tolerate such threats,” he added.

On the same day, Commander-in-Chief of the IRGC Hossein Salami also referred to the aim of the exercise, particularly in the missile section, with very clear messages to Israeli threats.

The message of this exercise is “a serious, real and field warning” to the threats of Israeli officials, he was quoted as saying by the IRGC website.

“If they make the wrong move, we will cut off their hands,” he added.

Amir Ali Hajizadeh, commander of the IRGC Air Force, said on Friday that his force has been able to direct ballistic missiles to move and maneuver in different directions, and this phenomenon makes the work of the enemy very difficult.

Iranian Foreign Minister Hossein Amir Abdollahian also described the objectives of the maneuver as a manifestation of Iran’s “unwavering determination” to defend the country amid the threats of the enemies as well as a message of brotherhood and security to the neighboring countries.

In the article titled “Just One Wrong Move” on Dec. 14, Iran’s Tehran Times daily published a map of dozens of potential military targets across Israel, warning against any action to be taken against Iran.

The daily said all the “disruptive” threats by Israel, which “are not a mystery to the negotiators,” come at a time when Iran and other parties are engaged in Vienna talks to examine ways to remove “illegal” sanctions on Iran.

Hassan Hanizadeh, an international affairs analyst, wrote in the Iranian Arman Melli Daily recently that the Israelis have intervened in these negotiations in a number of ways and tried to influence the behavior of European countries from the beginning of the talks.

Hanizadeh, however, expressed optimism about the current state of negotiations, saying the recent visit by Israeli Foreign Minister Yair Lapid to European countries “to influence the Vienna negotiations was a failure.”

After his meeting with Sullivan, Lapid said on Wednesday that “we have no problem with a deal,” appearing to give rare backing to nuclear negotiations.

“A good deal,” which would permanently limit Iran’s ability to assemble a nuclear weapon, is “a good thing,” he said, although the New York Times said he made the remarks “perhaps because he thinks the prospects of an agreement are remote.”

Following seven rounds of talks held since April, Iran and Western parties to the 2015 nuclear deal have yet to find a way to break the impasse on salvaging the pact, which Washington unilaterally quit in 2018.

The Vienna talks are set to be continued on Monday after a 10-day break, EU coordinator Enrique Mora, who is chairing the negotiations, announced on Thursday, expressing the hope for speedy progress.