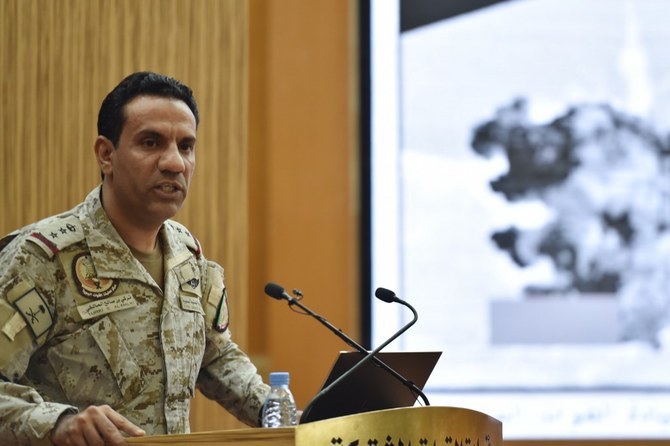 RIYADH: The Arab coalition said it launched precision airstrikes on legitimate military targets in Yemen’s Sanaa in response to a threat, Al-Ekhbariya reported on Saturday.

The coalition called on civilians not to assemble at or approach the targeted sites, adding the operation in Sanaa was in line with international humanitarian law and its customary rules.

Earlier on Saturday, the coalition said it had carried out 40 operations targeting the Iran-backed Houthi militia in Marib and Al-Jouf, killing 223 fighters and destroying 17 military vehicles during the last 24 hours.
It also said it would hold a a comprehensive briefing on the Yemeni crisis on Sunday, when it will present evidence of Hezbollah’s involvement in Yemen and its use of Sanaa airport to target the Kingdom.

It addded that it would present evidence that the airport is being converted into a launch pad for missiles and drones.