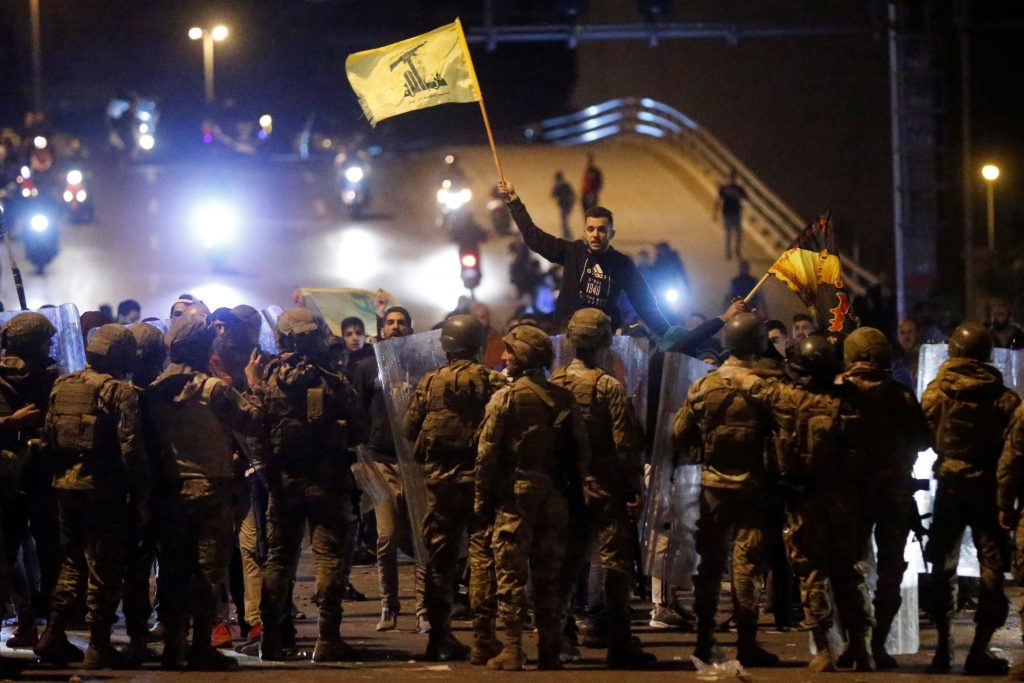 The lawsuit follows the Mount Lebanon prosecutor’s decision to go forward with a case brought against Christian leader Samir Geagea by Hezbollah supporters.

The group blames the Lebanese Forces leader for shootings that killed seven people.

“Authorities can’t accept a case for one group and not for the other.”

The fighting along a former line of demarcation of Lebanon’s 1975-1990 civil war sparked fears that the country could again descend into sectarian conflict.

Last month Mr Mahfouz filed a case on their behalf against Hezbollah leader Hassan Nasrallah, but said that the general prosecution shelved the lawsuit.

He described the clashes as an invasion that damaged Ain El Remmaneh residents’ property and their sources of income.

Supporters of Hezbollah and its allies gathered in October to demand that the judge leading the investigation into the Beirut blast resign after he summoned high-profile figures close to the group for questioning.

Violence broke out near the protest, killing seven people, all of whom are either supporters of Hezbollah or their ally the Amal Movement. Hezbollah said that snipers belonging to the Christian Lebanese Forces shot protesters from the rooftops of Ain El Remmaneh.

The LF said that residents of the area felt threatened by the protest near a Christian neighbourhood and acted in self-defence.

The clashes prompted a wave of arrests and a war of words between Nasrallah and Mr Geagea.

The Lebanese government has not met since October after ministers backed by Hezbollah and their allies threatened to boycott sessions if judge Tarek Bitar remained in office.