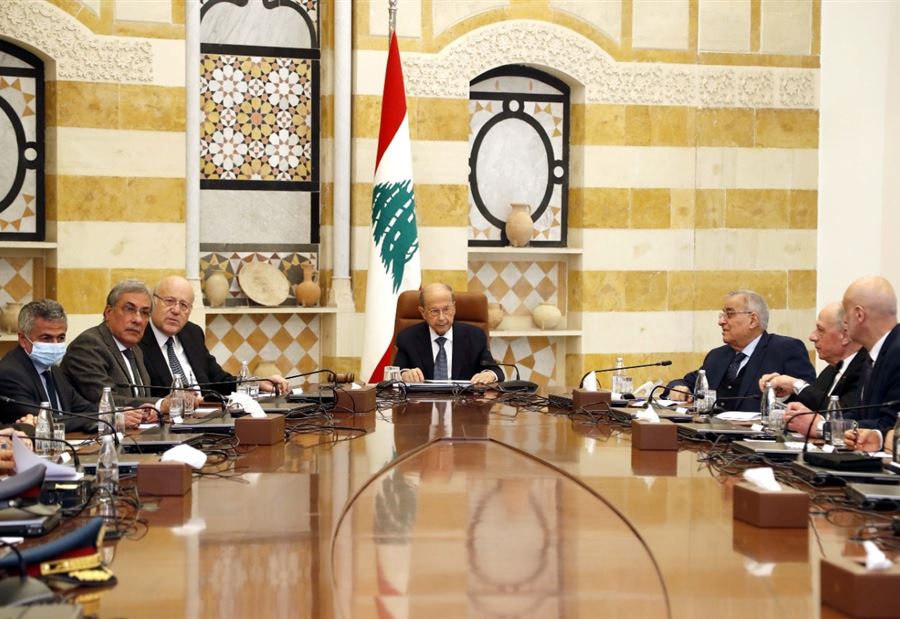 The Supreme Defense Council held a meeting at Baabda Palace, in the presence of President Michel Aoun and Prime Minister Najib Mikati.

During the meeting, President Aoun said: “The boycott of the cabinet sessions is an act of the will of the members present in it, and this is unacceptable, and if there is an objection to a specific issue that can be addressed through the institutions.”

He added, “The cabinet must convene, and I am not obligated to sign any resolution alone, and no signature can shorten the term of a constitutional government .

Aoun’s ally Hezbollah and its Amal Movement ally threatened to resign from the cabinet if Judge Tarek Bitar is not fired . Usually this could lead to the collapse of the cabinet , but what Aoun is saying he will not sign such a resolution , which means that the cabinet can continue to function until the elections without the Shiite members