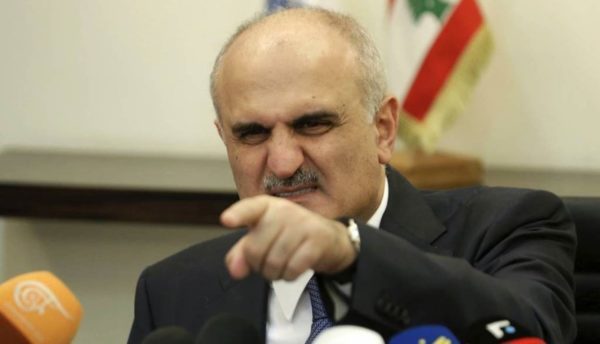 The judge leading the investigation into last year’s massive blast at Beirut’s port demanded on Friday the arrest of a former minister Ali Hassan Khalil, he had implicated in the case, judicial officials said.

The development comes three days after a Lebanese court cleared the way for Judge Tarek Bitar to resume his work on the probe, following a suspension that had lasted over a month. The investigation was suspended because of legal challenges filed by former officials the judge had implicated in the case.

The August 2020 blast at Beirut’s port killed at least 218 people, injured thousands and devastated entire neighborhoods of the Lebanese capital, leaving over 300, 000 homeless.

The director-general of the Interior Security Forces, Maj. Gen. Imad Othman, had refused an earlier request for the arrest of Khalil, citing an article of the constitution.

“The refusal of a security apparatus to implement an arrest warrant constitutes a dangerous precedent that goes against the decisions of the judicial authority,” the source said.

In a country where political leaders determine judicial appointments, including in top courts, there is little room for the judiciary to work against Lebanon’s ruling elite.

Bitar’s determination to question senior officials over the blast has earned him the respect of the victims’ families — and the enmity of the political elite, particularly the Shiite alliance of Hezbullah and Amal.

Deadly clashes broke out in October after the two Shiite parties called for his removal as head of the probe.

The two parties have since prevented the Lebanese cabinet from meeting in a bid to force Bitar’s removal.

All efforts to resume cabinet meeting have failed so far .

Speaker Nabih Berri has launched a fierce attack on Judge Bitar, describing him as a “conspirator.”

Refusing to be blamed for the suspension of Cabinet sessions, Berri accused Bitar of being responsible for “all these judicial complications and what resulted from them, due to his mishandling of the file.”

Berri charged that Bitar is “executing orders and receiving instructions that have undermined the course of the investigation into the port bombing.” He did not elaborate