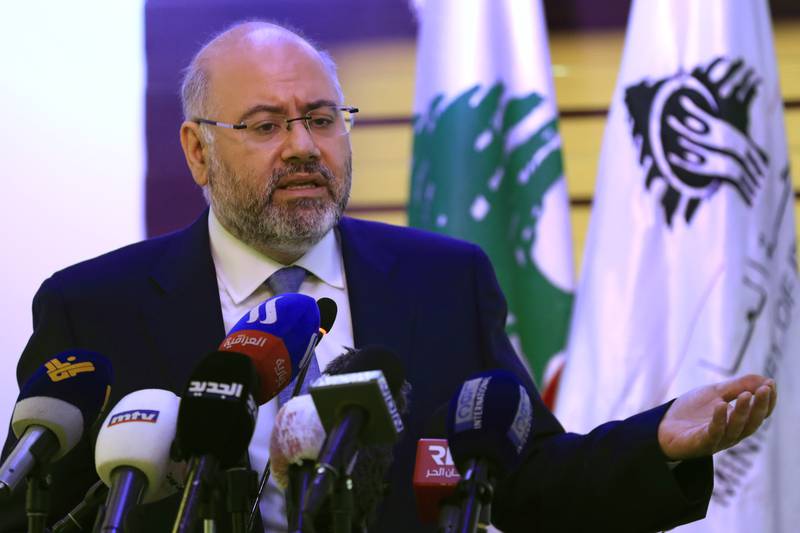 Economic crisis has left Lebanon less prepared for the Omicron variant of Covid-19 than it was for previous mutations of the virus, the country’s health minister has told The National.

Firas Abiad said the departure of many doctors and nurses, and soaring prices had left the country vulnerable to the latest variant, which has prompted several countries to reintroduce restrictive measures including travel bans.

“We have a lot of people who have left the country, whether doctors or nurses,” Dr Abiad said.

“With the change in the exchange rate, with the deterioration in the economy, and our financial numbers. That means that expenses have skyrocketed for the hospitals.

“So hospitals are less prepared. I think this is something that is very important.”

Dr Abiad said the Omicron variant posed risks that compared with the Alpha variant, which caused a huge increase in the number of deaths and patients needing hospital care across Lebanon in January.

But he said there had been some improvements in Lebanon despite the crisis.

Lebanon, he said, now had the capability to conduct genome sequencing, which meant it could track specific mutations of the virus more accurately. The technology, which was introduced to the country six months ago with the support of the World Health Organisation, was unavailable when the country battled the peaks of the Alpha and Delta variants.

Dr Abiad was also optimistic about vaccination rates in vulnerable communities and said the government would be stepping up its booster vaccine campaign targeting high-risk groups.

“If you look at the percentage of vaccinated in our elderly population who are most vulnerable, we have a very high penetration of vaccination among them and now we are accelerating the booster shot to them as well,” he said.

The Ministry of Health is also working to increase hospital capacity by 30 per cent, Mr Abiad said.

Lebanon has yet to register a case of the Omicron variant, which led many countries to ban flights from several southern African countries last week.