UAE’s secret Chinese base project rattles its relations with U.S. 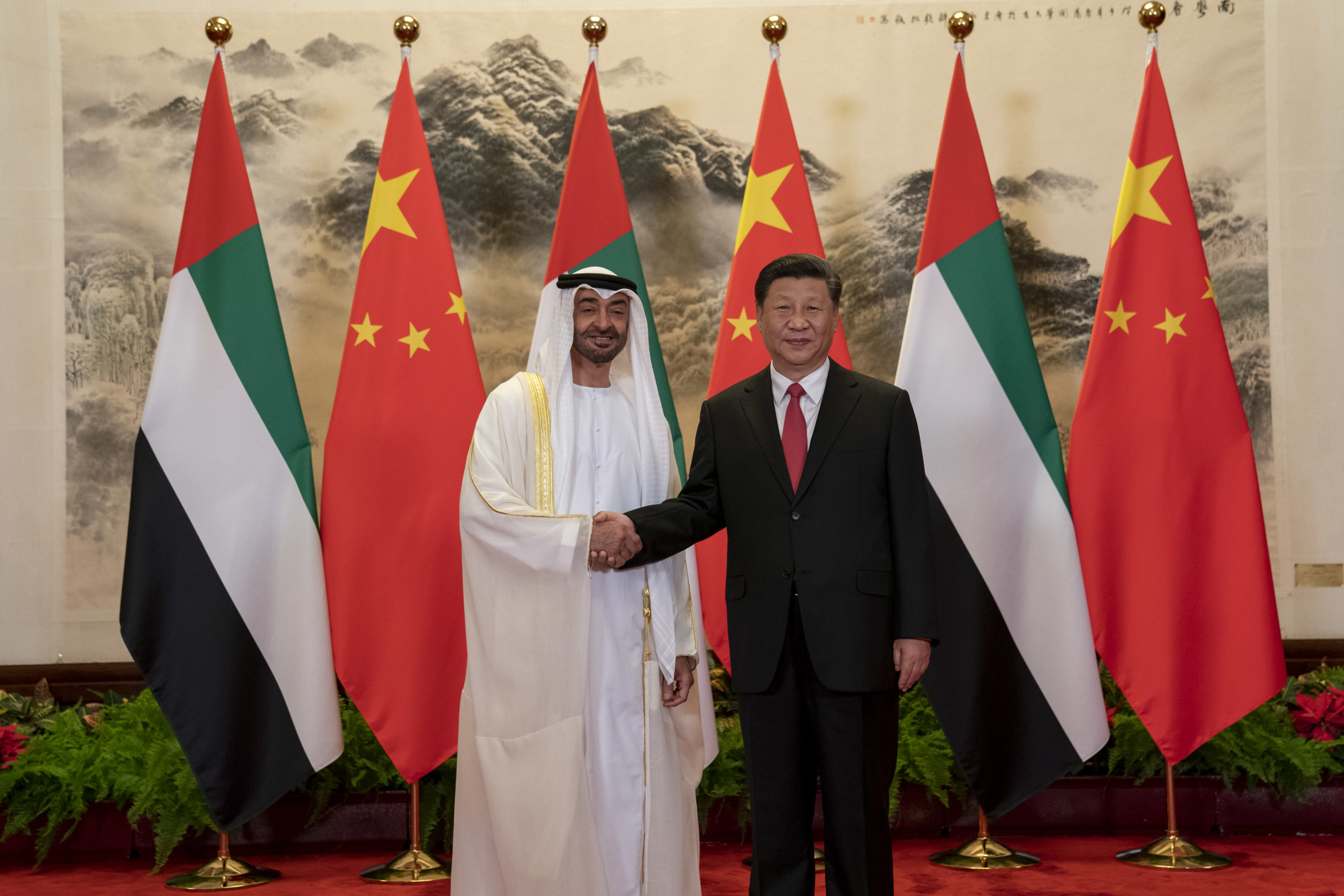 File photo of Sheikh Mohamed bin Zayed Al Nahyan, Crown Prince of Abu Dhabi and Deputy Supreme Commander of the UAE Armed Forces (L) with Xi Jinping, President of China (R), during a meeting at the Great Hall of the People. BEIJING, CHINA – July 22, 2019: ( Mohamed Al Hammadi / Ministry of Presidential Affairs ) The Crown Prince also on October 20, 20 met with Yang Jiechi, Member of the Political Bureau of the CPC Central Committee and Director of the Office of the Foreign Affairs Commission of the CPC Central Committee in UAE’s capital Abu Dhabi to discuss long-term plans to consolidate and advance the China-UAE relations, pointing out that China always regards the UAE as a priority in its diplomacy.
Share:

According to a report by Wall Street Journal U.S. intelligence agencies learned this spring that China was secretly building what they suspected was a military facility at a port in the United Arab Emirates, one of the U.S.’s closest Mideast allies, according to people familiar with the matter.

Alarmed, the Biden administration warned the Emirati government that a Chinese military presence in its country could threaten ties between the two nations. After rounds of meetings and visits by U.S. officials, construction was recently halted, according to people familiar with the matter.

UAE’s growing ties with China may hinder the sale of F-35 fighter jets to the UAE Air Force (UAEAF), as the United States wishes to guarantee that the UAE will not allow China access to the latest US-made military technologies.

This came after two Chinese military aircraft landed in the UAE and unloaded crates of undetermined materiel this spring.

On Tuesday , Reuters quoted a U.S. official as saying the following with regards to the slow progress on the sale of F-35 fighter jets to the UAE Air Force (UAEAF) :

“The United States intends to move forward with the sale of 50 F-35 stealth fighters jets to the United Arab Emirates but there must be a clear understanding of “Emirati obligations,”

“We continue consulting with Emirati officials to ensure we have unmistakeable, clear mutual understanding with respect to Emirati obligations and actions before, during and after delivery,” said Mira Resnick a deputy U.S. assistant secretary of state, on a call with reporters, without elaborating on what the obligations were.