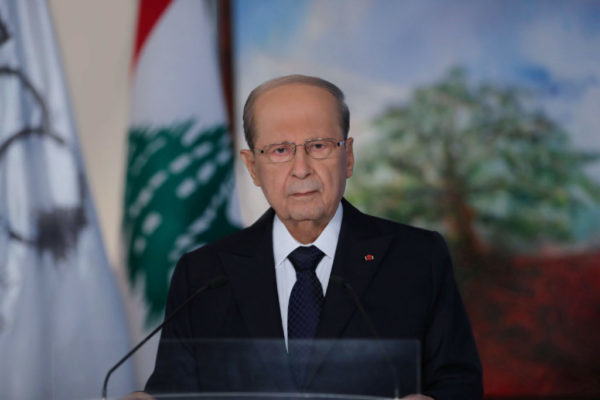 Lebanese President Michel Aoun delivers televised address to the public on eve of Lebanon’s centenary at the presidential palace in Baabda, Lebanon in this undated handout released on August 30, 2020. Dalati Nohra/Handout via REUTERS ATTENTION EDITORS – THIS IMAGE WAS PROVIDED BY A THIRD PARTY
Share:

Finally president Michel Aoun who has been allied with the Iranian backed Hezbollah militia since 2006 spoke up in support of the Judge investigating the massive port explosion that killed hundreds , wounded thousands and left hundreds of thousands homeless .

In a tweet Aoun wrote: Innocent people do not fear justice and quoted Shiite Imam Ali who said: “Whoever puts himself in the position of accusation, let him not blame the one who thinks ill of him.”

The question on the mind of the majority of Lebanese : Did Aoun finally liberate himself from Hezbollah and is this a turning point for him.

Observers are wondering whether Baabda will finally be where decisions are made for Lebanon and not the bunkers of Dhahieh , south of the capital Beirut where Hezbollah chief Hassan Nasrallah has been hiding since the 2006 war with Israel