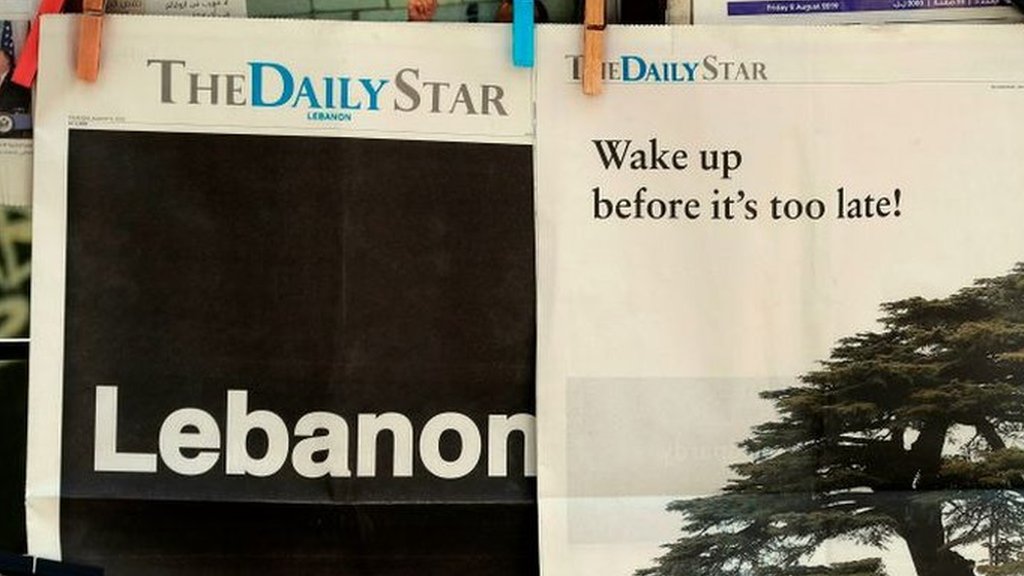 Beirut, Lebanon – Following the closure of the oldest English-language newspaper The Daily Star, 21 employees are now waiting to receive months of unpaid salaries.

Lebanon’s Alternative Syndicate of the Press condemned The Daily Star’s administration for the “collective and arbitrary dismissal” of its staff. It also denounced management for not informing employees about when they will be compensated for months of unpaid salaries and the lack of severance packages.

The syndicate’s coordinator, Elsy Moufarrej, told Al Jazeera the organisation will pressure the recently shut down newspaper’s management to pay the salaries of eight staff from the editorial division and 14 others.

“We will pressure through the press and through social media campaigns, and we could mobilise on the ground to demand that the administration pays the staff their salaries,” Moufarrej said. “And if they don’t pay salaries, we will stand by the staff in any legal cases they may pursue.”

The newspaper’s editor-in-chief, Nadim Ladki, notified staff in an email on Monday “with a heavy heart” that all employees were let go as of October 31, the day prior.

Photographer Hasan Shaaban said in a social media post that Ladki also spoke to staff in a WhatsApp group call, but did not address seven months of unpaid salaries.

Staff did not respond or declined to speak when Al Jazeera reached out for comment.

The Daily Star stopped updating its website on October 13 because of “circumstances beyond our control”. It ended its print edition a year ago.

The newspaper’s closure comes at a time of extreme economic and political turmoil in Lebanon. The economic crisis in two years has rendered three-quarters of the population into poverty, and pulverised the value of the Lebanese pound by about 90 percent.

However, the prominent daily has faced financial struggles for years. In December 2019, more than a dozen of its staff members went on strike over unpaid wages.

The Daily Star was founded in 1952 by Kamel Mroueh and was one of the Middle East’s first English-language newspapers. The wealthy Hariri family bought the daily 10 years ago.

Other media ventures have also struggled. Al-Mustaqbal newspaper stopped printing and went digital in late 2019. Many employees from Future TV, which went under in 2019, are still waiting for unpaid salaries.

Lebanon’s mosaic of publications and media outlets in recent years have struggled to stay afloat, with well-read newspapers Assafir and Al Anwar shutting down in 2016 and 2018, respectively.

Jad Shahrour, from the press watchdog Skeyes, said he fears more media organisations will go under and more staff will have to demand financial compensation and unpaid wages.

“The absence of a serious business model and the presence of political funds will lead to such a dramatic end,” Shahrour told Al Jazeera, describing Lebanon’s traditional media as “sectarian and politicised”.

“Moreover, it will lead to a significant violation, which is not paying the wages or compensation of their journalists.”