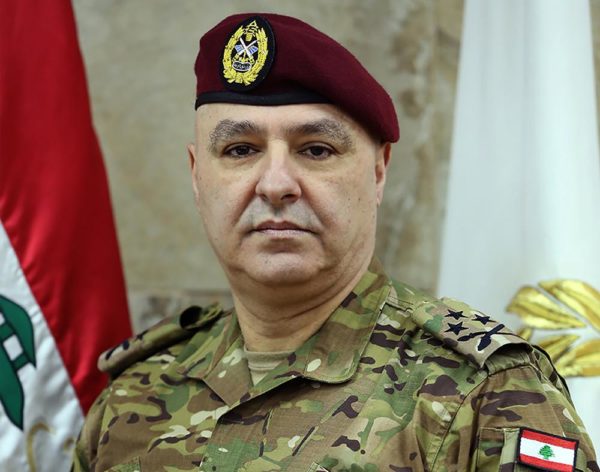 Lebanese Armed Forces chief Major General Joseph Aoun headed on Sunday the United States of America upon the invitation of U.S. General Mark Milley, chairman of the Joint Chiefs of Staff, to explore measures to strengthen the Lebanese army in light of the present economic situation.

Aoun is also set to meet with Central Command Chief, a number of lawmakers, members of the Senate, members of the strategic studies centers of Lebanese origin, the American support group for Lebanon, in addition to other meetings at the Ministry of Foreign Affairs.