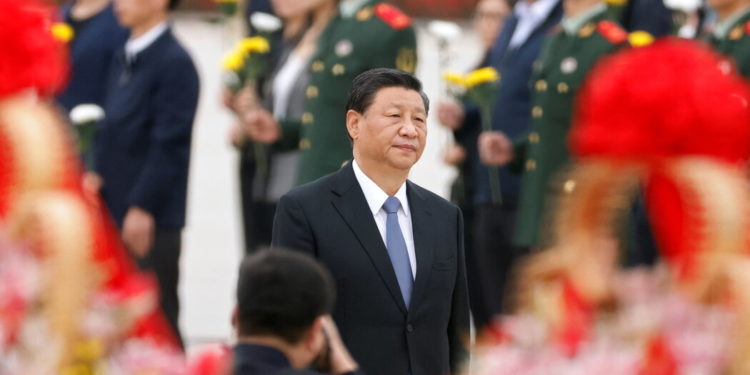 China’s leader, Xi Jinping didn’t attend the the Group of 20 nations summit in Rome this weekend. His absence raised many questions and has complicated China’s ambition to position itself as an alternative to American leadership and has coincided with, a sharp deterioration in the country’s relations with much of the rest of the world.
Share:

When the presidents and prime ministers of the Group of 20 nations meet in Rome this weekend, China’s leader, Xi Jinping, won’t be among them. Nor is he expected at the climate talks next week in Glasgow, where China’s commitment to curbing carbon emissions is seen as crucial to helping blunt the dire consequences of climate change. He has yet to meet President Biden in person and seems unlikely to any time soon.

Mr. Xi has not left China in 21 months — and counting.

The ostensible reason for Mr. Xi’s lack of foreign travel is Covid-19, though officials have not said so explicitly. It is also a calculation that has reinforced a deeper shift in China’s foreign and domestic policy.

China, under Mr. Xi, no longer feels compelled to cooperate — or at least be seen as cooperating — with the United States and its allies on anything other than its own terms.

Still, Mr. Xi’s recent absence from the global stage has complicated China’s ambition to position itself as an alternative to American leadership. And it has coincided with, some say contributed to, a sharp deterioration in the country’s relations with much of the rest of the world.

Instead, China has turned inward, with officials preoccupied with protecting Mr. Xi’s health and internal political machinations, including a Communist Party congress next year where he is expected to claim another five years as the country’s leader. As a result, face-to-face diplomacy is a lower priority than it was in Mr. Xi’s first years in office.

“There is a bunker mentality in China right now,” said Noah Barkin, who follows China for the research firm Rhodium Group.

Mr. Xi’s retreat has deprived him of the chance to personally counter a steady decline in the country’s reputation, even as it faces rising tensions on trade, Taiwan and other issues.

Less than a year ago, Mr. Xi made concessions to seal an investment agreement with the European Union, partly to blunt the United States, only to have the deal scuttled by frictions over political sanctions. Since then, Beijing has not taken up an invitation for Mr. Xi to meet E.U. leaders in Europe this year.

“It eliminates or reduces opportunities for engagements at the top leadership level,” Helena Legarda, a senior analyst with the Mercator Institute for China Studies in Berlin, said of Mr. Xi’s lack of travels. “Diplomatically speaking,” she added, in-person meetings are “very often fundamental to try and overcome leftover obstacles in any sort of agreement or to try to reduce tensions.”

Mr. Xi’s absence has also dampened hopes that the gatherings in Rome and Glasgow can make meaningful progress on two of the most pressing issues facing the world today: the post-pandemic recovery and the fight against global warming.

President Biden, who is attending both, had sought to meet Mr. Xi on the sidelines, in keeping with his strategy to work with China on issues like climate change, even as the two countries clash on others. Instead, the two leaders have agreed to hold a “virtual summit” before the end of the year, though no date has been announced yet.

“The inability of President Biden and President Xi to meet in person does carry costs,” said Ryan Hass, a senior fellow at the Brookings Institution who was the director for China at the National Security Council under President Barack Obama.

Only five years ago, in a speech at the annual World Economic Forum in Davos, Switzerland, Mr. Xi cast himself as a guardian of a multinational order, while President Donald J. Trump pulled the United States into an “America first” retreat. It is difficult to play that role while hunkered down within China’s borders, which remain largely closed as protection against the pandemic.

“If Xi were to leave China, he would either need to adhere to Covid protocols upon return to Beijing or risk criticism for placing himself above the rules that apply to everyone else,” Mr. Hass said.

Mr. Xi’s government has not abandoned diplomacy. China, along with Russia, has taken a leading role in negotiating with the Taliban after its return to power in Afghanistan. Mr. Xi has also held several conference calls with European leaders, including Germany’s departing chancellor, Angela Merkel; and, this week, President Emmanuel Macron of France and Prime Minister Boris Johnson of Britain. China’s foreign minister, Wang Yi, will attend the meetings in Rome, and Mr. Xi will dial in and deliver what a spokeswoman for the Ministry of Foreign Affairs, Hua Chunying, said on Friday would be an “important speech.”

While President Biden has spoke of forging an “alliance of democracies” to counter China’s challenge, Mr. Xi has sought to build his own partnerships, including with Russia and developing countries, to oppose what he views as Western sanctimony.

“In terms of diplomacy with the developing world — most countries in the world — I think Xi Jinping’s lack of travel has not been a great disadvantage,” said Neil Thomas, an analyst with the Eurasia Group. He noted Mr. Xi’s phone diplomacy this week with the prime minister of Papua New Guinea, James Marape.

“That’s a whole lot more face time than the prime minister of Papua New Guinea is getting with Joe Biden,” Mr. Thomas said.

Still, Mr. Xi’s halt in international travel has been conspicuous, especially compared with the frenetic pace he once maintained. The last time he left China was January 2020, on a visit to Myanmar only days before he ordered the lockdown of Wuhan, the city where the coronavirus emerged.

Nor has Mr. Xi played host to many foreign officials. In the weeks after the lockdown, he met with the director of the World Health Organization and the leaders of Cambodia and Mongolia, but his last known meeting with a foreign official took place in Beijing in March 2020, with President Arif Alvi of Pakistan.

Chinese leaders have long made a selling point of their busy schedule of trips abroad, especially their willingness to visit poorer countries. Before Covid, Mr. Xi became the first to outpace his American counterpart in the annual average number of visits to foreign countries, according to research by Mr. Thomas.

Mr. Xi has made his mark on the world by jettisoning the idea that China should be a modest player on the international stage — “hiding our strength and biding our time,” in the dictum of his predecessor Deng Xiaoping. Now, though, he finds himself trying to project China’s new image of confident ambition over video meetings.

He is doing so while facing international scrutiny over many of China’s policies, the origins of the coronavirus, mounting rights abuses in Hong Kong, Tibet and Xinjiang, and its increasingly ominous warnings to Taiwan.

Surveys have shown that views of China have deteriorated sharply in many major countries over the last two years.

Victor Shih, professor of political science at the University of California, San Diego, said that Mr. Xi’s limited travel coincided with an increasingly nationalist tone at home that seems to preclude significant cooperation or compromise.

“He no longer feels that he needs international support because he has so much domestic support, or domestic control,” Mr. Shih said. “This general effort to court America and also the European countries is less today than it was during his first term.”

The timing of the meetings in Rome and Glasgow also conflicted with preparations for a meeting at home that has clearly taken precedence. From Nov. 8 to 11, the country’s Communist elite will gather in Beijing for a behind-closed-doors session that will be a major step toward Mr. Xi’s next phase in power.

Mr. Xi’s absence in Rome and Glasgow could be a missed opportunity for countries to unite around a stronger, unified global effort on climate or economic recovery. It seems unlikely that the Chinese delegations will have the authority on their own to negotiate significant compromises.

“These are issue areas where there was some hope for cooperation and some hope for positive outcomes,” Ms. Legarda, the China analyst at the Mercator Institute, said of the climate summit in Glasgow. “With Xi Jinping not attending, it is, first of all, unclear if they will manage to get there. Second, I guess the question is, is this not a priority for Beijing, in many leaders’ minds?”