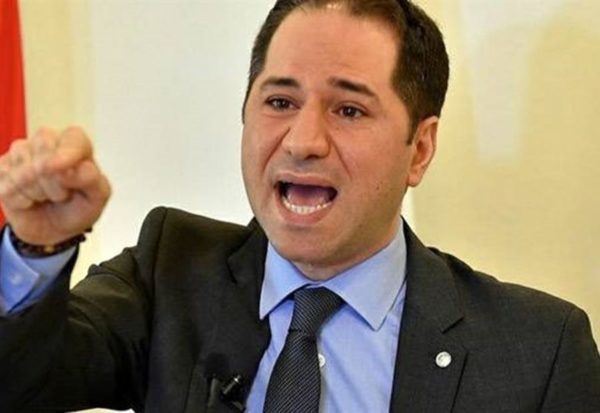 File photo of MP Sami Gemayel , the head of the Phalange party and nephew of Lebanon’s assassinated president Bashir Gemayel and son of former president Amine Gemayel He recently said that his country has been “taken hostage by Iran and Hezbollah, ” stressing that the upcoming elections were “a choice between life and death.
Share:

Phalange Party leader Sami Gemayel on Tuesday slammed the Military Court over the summoning of Lebanese Forces leader Samir Geagea, reminding that his party had repeatedly called for dissolving it.

“The military judiciary has mostly been the repressive arm of police states that the Lebanese have resisted and triumphed over every time,” the Phalange Party leader l added.

“After what Hezbollah ’s secretary-general said and the direct threat that his assistant Wafiq Safa addressed to Judge (Tarek) Bitar, and after the pictures and videos that the Lebanese saw, it will be difficult to convince any objective observer that what is happening anew through the military judiciary, including the summoning Geagea, is not actually a mere attempt to create a bargaining card to bury the probe into the Beirut port case,” he added .

“It leads to further divisions in the country and to using state administrations to serve revenge policies,” he said.

Hariri stressed on the importance of abiding with the requirements of national interest and on preserving civil peace, adding that he has deliberately chosen to be “absent” from the repercussions of the Tayyouneh incident, because he “refuses to engage in an absurd conflict.”

“We refuse to line up on the frontlines of civil war and its sectarian divisions, and to return to the language of security sniping and seizing political opportunities,” he said.

Geagea was on Monday summoned to testify as a “witness” in the case of the Tayyouneh-Ain al-Remmaneh deadly incidents. He was notified through an Intelligence Directorate agent who posted a notice on a wall at his headquarters in Maarab.

Geagea said he will not testify in the case if Hezbollah chief Hassan Nasrallah is not summoned before him .