Geagea would go to court over last week’s violence in Beirut, if Nasrallah goes first 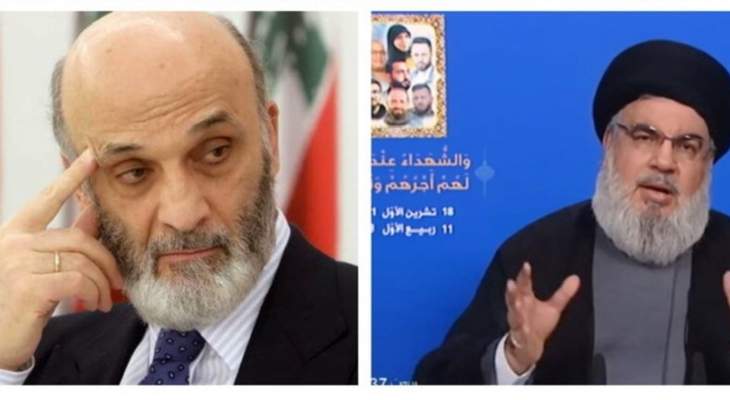 The Lebanese Forces leader says he was not aware of a summons regarding last week’s violence that left seven people dead. Geagea told Lebanon’s MTV channel .I am ready to appear before the judge, on one condition: that Hassan Nasrallah does it before me,” he said.

Samir Geagea, head of the Lebanese Forces (LF), a Christian party, has been summoned for questioning over deadly violence that erupted at a protest last week, a judicial official said on Thursday.

Fadi Akiki, a representative of the military court, had “instructed the army intelligence to summon Geagea and take his statement based on information provided by arrested LF members”, the official said.

Seven people were killed last week when a gun battle erupted as protesters from the Hezbollah and Amal groups were on their way to demonstrate against the lead investigator of the Beirut port blast, Tarek Bitar.

The majority of those killed were members of Hezbollah and Amal, who accused the LF of being responsible for sniper fire against the protesters that ignited street clashes, charges Geagea rejects.

Twenty-six people were arrested after the violence in the heart of the Lebanese capital, most of them LF members, the official said on Thursday.

Geagea has denied responsibility for the deaths, saying that residents of Beirut’s Christian neighbourhood of Ain al-Remmaneh had “defended” themselves against “Hezbollah militiamen who tried to enter their homes and caused a lot of destruction “.

On Thursday, Geagea told Lebanon’s MTV channel that he was not informed of any request to hear his statement on last week’s violence and added that his group does not have any armed fighters.

“I am ready to appear before the judge, on one condition: that Hassan Nasrallah does it before me,” he said.

Meanwhile, the inquiry into the 4 August 2020 explosion, which killed more than 200 people and devastated swathes of Beirut, has made little headway amid pushback from political factions.