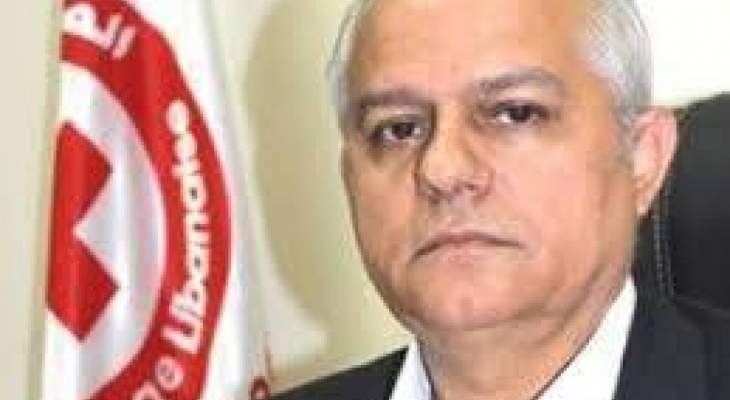 The Secretary-General of Lebanon’s Red Cross , George Kettaneh revealed in a radio interview the number of people killed and wounded yesterday . He revealed that 32 were wounded and 6 were killed and one of the wounded that was transferred to the Bahman Hospita died later which raised the number of killed to 7. This was the deadliest sectarian unrest since May 2008 when Hezbollah invaded the Sunni part Beirut and tried but failed to occupy the Druze stronghold of Mt Lebanon . Thursday’s violence took place after the Iranian backed Hezbollah and its ally the Shiite Amal Movement decided to rally against Beirut Port chief investigating Judge Tarek Bitar , who issued arrest warrant against several officials who are allied with Hezbollah . Hezbollah chief Hassan Nasrallah has been for months trying to get the judge fired like he did to his predecessor Judge Fadi Sawan . There is huge concern in Lebanon over a repeat of the civil war that started in the same area in 1975
Share:

Lebanon prepared to bury the victims of its deadliest sectarian unrest in years Friday after gunfire gripped cental Beirut for hours and revived the ghosts of the civil war.

The Shiite movements Amal and Hezbollah that organised the protest in front the Justice Palace accused the Lebanese Forces (LF) Christian party of engineering the chaos by aiming sniper fire at the demonstrators.

The front page of the Al-Akhbar daily, which is close to Hezbollah, carried a portrait of LF leader Samir Geagea donning Adolf Hitler’s uniform and toothbrush moustache with a headline that read “No doubt”.

“Samir Geagea, you were the first to know what happened yesterday… because you planned, prepared and executed… a major crime,” the newspaper wrote.

The LF strenuously denied any involvement in Thursday’s flare-up and said Hezbollah was “invading” off-limits neighbourhoods when the violence broke out.

A heavy army presence was visible on the streets Friday amid fears of an escalation.

On Thursday, Amal and Hezbollah militiamen in their hundreds filled the streets around Tayouneh, a notorious civil war flashpoint near the spot where the April 1975 attack often presented as the trigger of the conflict occurred.

As a deluge of bullets riddled residential facades, and gaggles of fighters wearing ammunition vests took over the streets and emptied their magazines haphazardly, civilians crouched in homes, terrified.

When Maryam Daher, a 44-year-old mother of two, saw civilians running for safety on television, she broke down.

“It all came back to me,” she said. “At the very same moment, I received a message from my son’s school asking parents to come and collect the children.”

One of the six people killed was a mother of five hit in the head by a stray bullet inside her home.

France, the United States and United Nations appealed for calm but also insisted on the need to allow the port explosion probe to continue unhindered.