Lack for unity among independents blamed for their LAU election setback 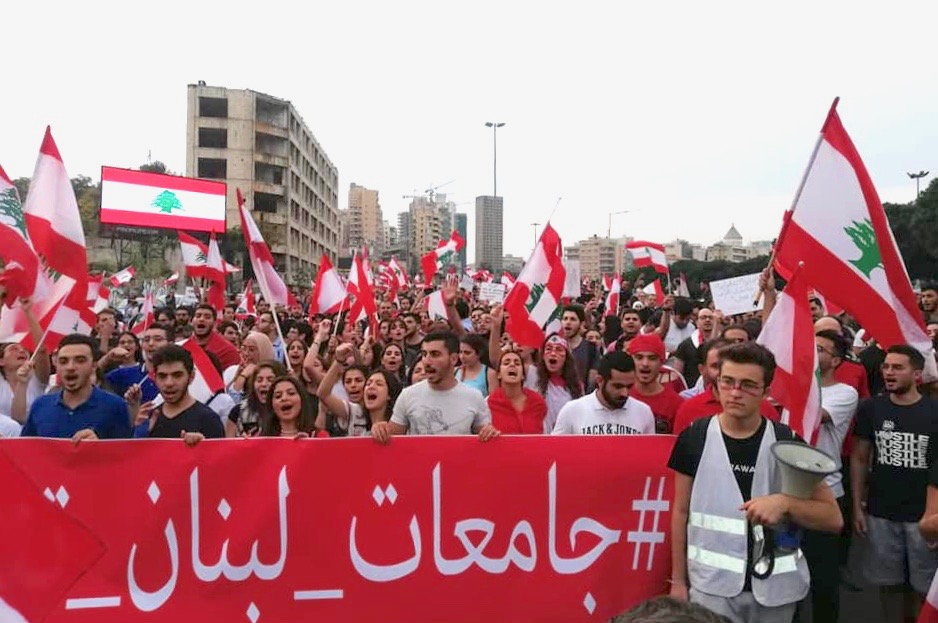 Lebanese University students protest in Beirut. They promised to remain with the street protests until protesters’ demands have been met .
Share:

Independent candidates won nine of the 29 student council seats at the Lebanese-American University in Beirut, down from 14 last year, amid low voter turnout after supporters of Hezbollah boycotted elections.

Union and university elections in Lebanon are seen as a barometer of the political mood in the country. The student elections this year are particularly significant as they come months ahead of general election in which independent candidates hope to make significant gains against an entrenched political class.

When independents snatched nearly half of the LAU student council seats last year, their victory was seen as heralding an era of hope for young people in a country marred by sectarian politics and an economic crisis.

Their achievement was bolstered by a wave of mass protests last October, demanding the fall of the ruling elite, better lives and an end to widespread corruption.

Soon after, independent groups won a majority of student council seats at the American University of Beirut, Lebanon’s most prestigious, and made sizeable gains in campuses across the country.

Tamara Nasr, who was elected to the LAU council as an independent in the online vote on Friday, blamed the boycott and smear campaigns for the poor performance by independents this year.

Less than half of LAU students voted amid the boycott.

An expert and students blamed the results on pushback from Hezbollah, the lack of a united front among independent groups – issues that opposition groups have long suffered from – and voter fatigue caused by the country’s economic crisis.

Student activist Jana Massoud, of the Minteshreen party, said LAU independents and the university’s Secular Club should have united instead of competing against each other.

“This is the only way to gain people’s confidence and show them they are serious, not just in universities but in politics,” she said. “The opposition must unite.”

“They told students there is nothing you can do anyway, why vote?” she said.

The Iran-backed party wields great influence in Lebanon and is a key player in the country’s sectarian political system.

Hezbollah supporters at the university said the boycott was directed against online voting, which they considered to be silencing their voices. They held protests in front of the university gate with banners that described the election as a “play” and a sham.

Imad Salamey, who teaches political science at LAU, said most political parties, including Hezbollah, opposed online voting because it denied them the direct supervision of voters.

But independents still secured nearly a third of seats, reflecting a wider desire for change among young Lebanese, he said.

Mr Salamey said the drop could be attributed to a “decline of enthusiasm” since mass protests against the political system began in October 2019.These elections are a first step to saying: yes we do have a say in this country.Tamara Nasr, LAU student representative

“At first people thought they could make massive changes fast, but now they are recognising it may need more time,” he said.

While the results reflected public support for political alternatives, change, if any, will be even more difficult to achieve at a national level, Mr Salamey said.

Parliamentary elections in Lebanon are based on sectarian quotas that favour traditional parties.

“It would be much harder for independent voices to win seats in parliament the way those at LAU won seats,” he said.

Despite the challenges, Ms Nasr said she was hopeful that young people can lead change in the country.

“These elections are a first step to saying: yes we do have a say in this country,” she said. “We want the opportunity to build a future when everybody is leaving, trying to find a way out of this country.”