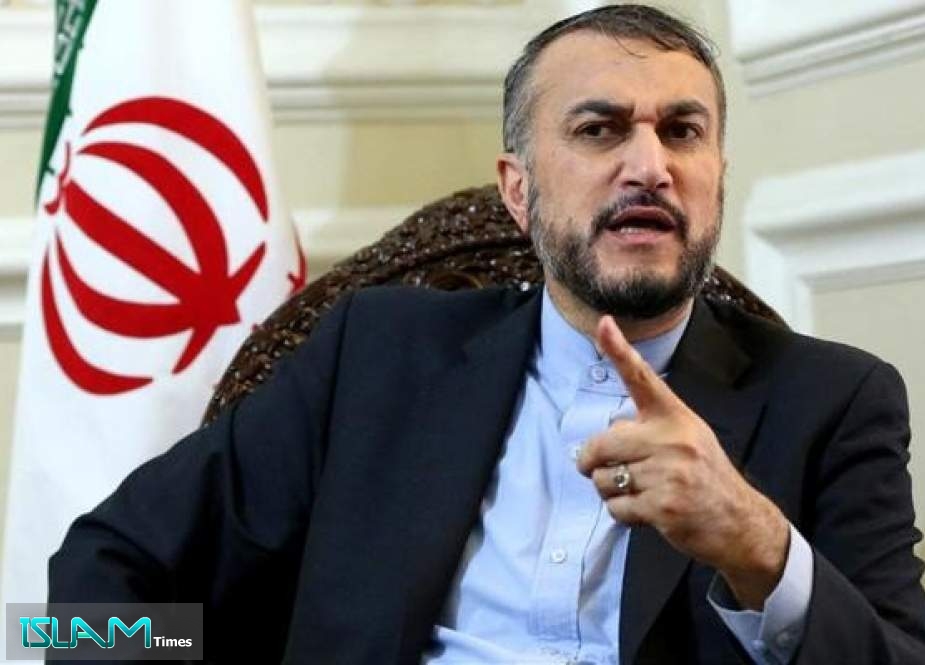 Iran’s foreign minister said he discussed with officials in Beirut Thursday the “positive” effects of ongoing talks between Iran and Saudi Arabia, and blamed foreign troops based in the Middle East for regional instability. Protesters in Beirut demanded Iran out as he met with several top Lebanese officials
Share:

BEIRUT (AP) — Iran’s foreign minister said he discussed with officials in Beirut Thursday the “positive” effects of ongoing talks between Iran and Saudi Arabia, and blamed foreign troops based in the Middle East for regional instability.

Hossein Amir-Abdollahian is on his first visit to Lebanon since taking his post after Iran’s presidential elections this summer. He arrived in Beirut late Wednesday from Moscow. He said nuclear talks to revive Tehran’s now-tattered 2015 accord with world powers, stalled since June, will resume soon.

“We have positively evaluated the continuation of Iranian-Saudi negotiations,” Amir-Abdollahian told reporters after meeting Parliament Speaker Nabih Berri, referring to multiple rounds of discussions in Baghdad since the first direct talks between regional foes Riyadh and Tehran took place in early April.

An improvement of relations between Iran and Saudi Arabia is likely to have positive effects in Lebanon, a small nation that has often served as a proxy battlefield for tensions between the two regional powers.

Iran enjoys wide influence in Lebanon through the powerful Hezbollah group that is funded and armed by Tehran. Lebanon is deeply divided between a coalition backed by the West and Gulf Arab countries, and another group supported by Iran and led by Hezbollah.

In an apparent reference to U.S. forces deployed in the region, Amir-Abdollahian said: “We consider the presence of foreign forces in the region as the main factor for instability and all problems.”

Earlier in the day, the Iranian official held talks with President Michel Aoun, where he expressed the Islamic Republic’s support for the small nation suffering through a severe economic crisis.

Some Lebanese opposed to Iran’s influence in Lebanon held a protest against the foreign minister’s visit in Beirut on Wednesday, carrying banners that read “Iran out.”

Last month, dozens of trucks carrying Iranian diesel began arriving in Lebanon, part of a series of deliveries organized by Hezbollah to help ease crippling shortages in the cash-strapped country. The powerful group operates independently from Lebanese authorities, which are struggling to deal with a crippling energy crisis. Lebanese authorities said they were not involved in the shipment, which violates U.S. sanctions placed on Tehran.