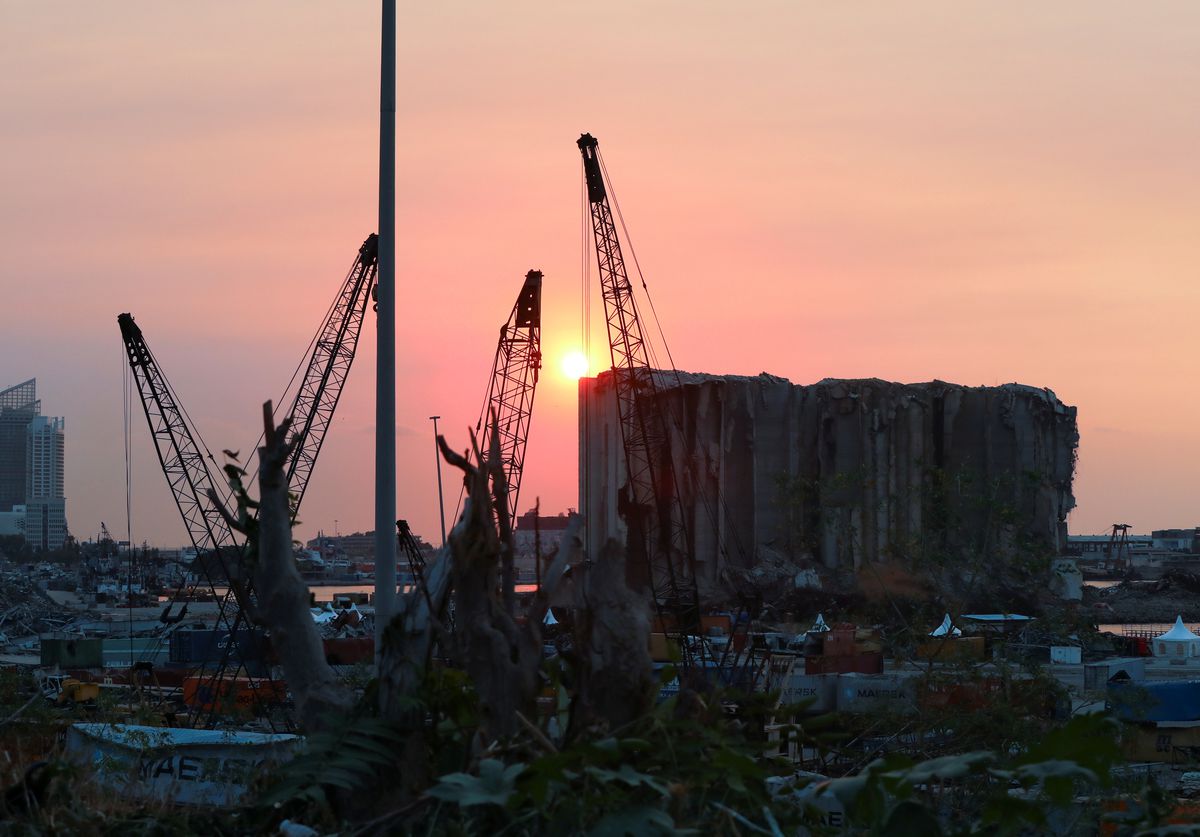 FILE – This file photo shows the towering grain silos that were gutted in the massive August 2020 explosion at the port that killed more than 218 people , wounded over 7,000, destroyed a large section of the capital and left 300, 000 homeless in Beirut, Lebanon. The lead judge investigating Lebanon’s massive port explosion issued an arrest warrant Thursday, Sept. 16, 2021, for Youssef Fenianos, the former minister of Public Works who failed to appear for questioning Fenianos is one of several former pro Hezbollah government officials who have declined to appear before investigating judge Tarek Bitar and filed lawsuits against him . Hezbollah and its allies have been trying to get rid of Judge Bitar and were able to suspend his investigation . a move that outraged the relatives of the victims of the blast .
Share:

BEIRUT, Oct 4 – Lebanon’s court of cassation ruled on Monday that the lead judge investigating the disastrous Beirut port blast would be kept on the case after it rejected two legal complaints filed against him by several former ministers, sources said.

The probe into the Aug. 4 2020 explosion, that killed over 200 people, was in danger of stalling for the second time this year after a complaint filed by Nohad Machnouk, a former interior minister Bitar wanted to question on suspicion of negligence and maladministration, froze the probe.

Legal complaints against Bitar had followed a smear campaign by Lebanon’s political class against him and a warning by a senior official of the powerful heavily armed Iran-backed Hezbollah group that he would be removed.

Bitar would have been the second judge to be removed on such claims after his predecessor judge Fadi Sawan was removed in February through a similar legal filing.

Bitar has sought to question several senior politicians allied to Hezbollah including members of the Shi’ite Amal Movement, but has not tried to query any members of Hezbollah.

Efforts to question former and serving state officials, including the prime minister at the time of the blast, ex-ministers and senior security officials on suspicion of negligence have been repeatedly blocked.

Families of the victims of the blast, that destroyed large swathes of the capital Beirut, are furious that more than a year on no one has been held accountable.