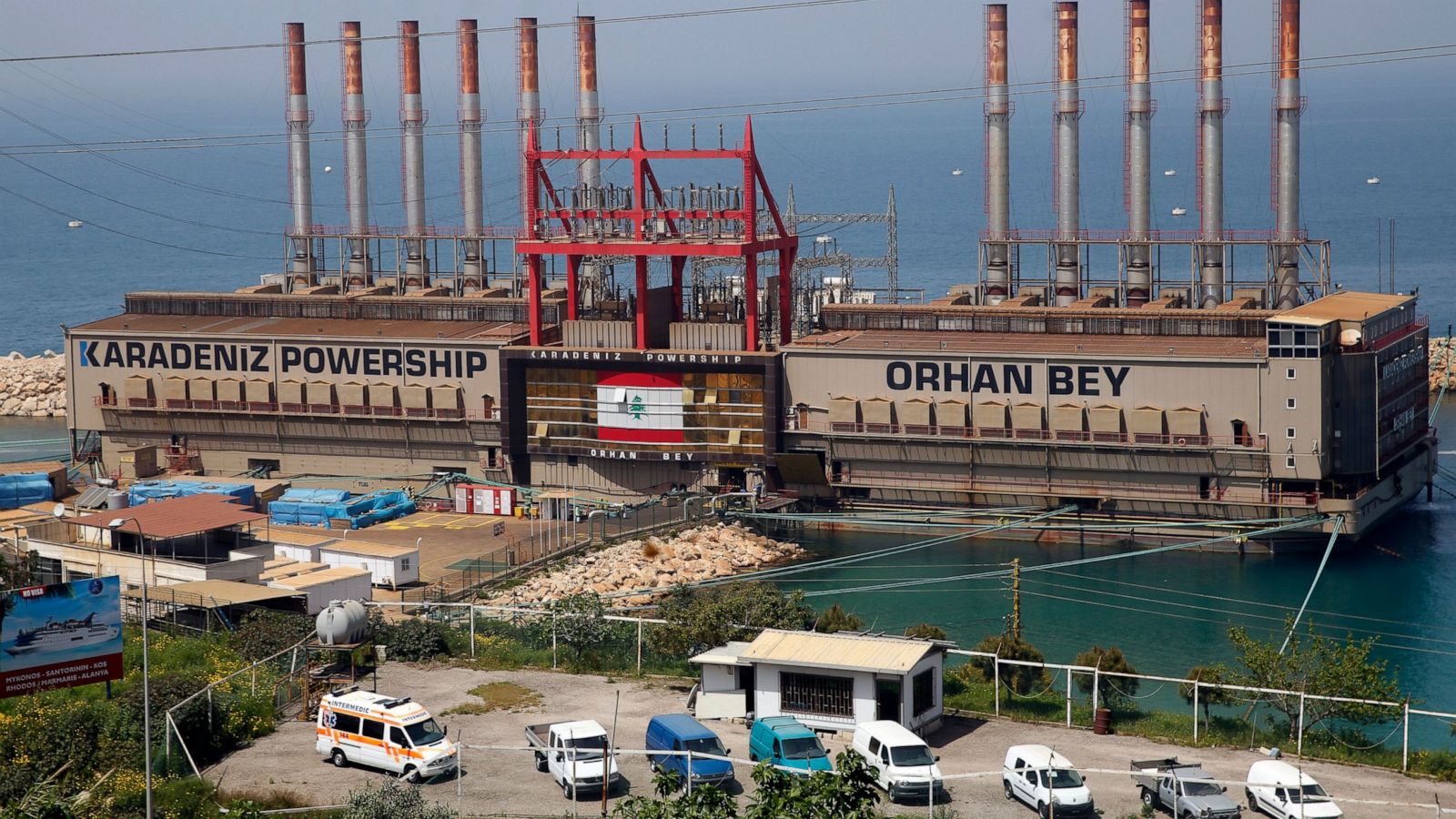 FILE – In this July 16, 2018 file photo, shows the Karadeniz Powership Orhan Bey, foreground, and a second floating power station off the coast at Jiyeh, south of Beirut, Lebanon. The Turkish company, Karpowership, supplying electricity to Lebanon from two power barges off the coast of Beirut said Friday, Oct. 1, 2021, it has
Share:

BEIRUT (AP) — A Turkish company supplying electricity to Lebanon from two power barges off the coast of Beirut said Friday it has halted supplies after its contract with the Lebanese state electricity company expired.

The move by the Turkish company, Karpowership, which has provided electricity for the past eight years, was expected. It had said earlier that Lebanon’s state power company owes Karpowership overdue payments in excess of $100 million.

Lebanon is grappling with an economic meltdown that includes fuel and power shortages; blackouts last up to 22 hours a day. The country’s new government, voted in last week, has said that improving electricity production is one of its top priorities. Successive governments have failed to agree on a permanent solution for the chronic shortages, largely because of profiteering and endemic corruption.

“During our eight years operating in Lebanon, despite all the challenges, we have done all we can to support the Lebanese people,” Karpowership said in its statement.

Since 2013, the company has been providing around 370 megawatts — about a quarter of Lebanon’s supply — from giant generators on its two barges, docked south and north of the Lebanese capital.

Karpowership said its contract expired at midnight Thursday. In May, the company briefly shut down its operations over delayed payments and the threat of legal action against its vessels.

Blackouts have been a fixture of life in this Mediterranean country since the 1975-1990 civil war, with Lebanon relying mostly on imported diesel for powerful generators owned by a cartel that light up people’s houses in the absence of government-provided electricity.

Lebanon hopes to improve production in the coming weeks with power supplies from Jordan and Egyptian natural gas supplies to one of its main power stations.

Corruption in the electricity sector has compounded Lebanon’s economic crisis, which has thrown more than half of the country’s population of 6 million, including a million Syrian refugees, into poverty. According to the United Nations, 36% of the people live in extreme poverty.

On Friday, the U.N. unveiled a $383 million emergency plan to provide lifesaving aid over the next 12 months to 1.1 million of the most vulnerable Lebanese and others, mainly Syrians and Palestinians.

Rochdi said the plan involves providing direct support, including distribution of food and cash assistance to around half a million people, and improved access to doctors and medicine in primary health care centers for around 250,000 people.