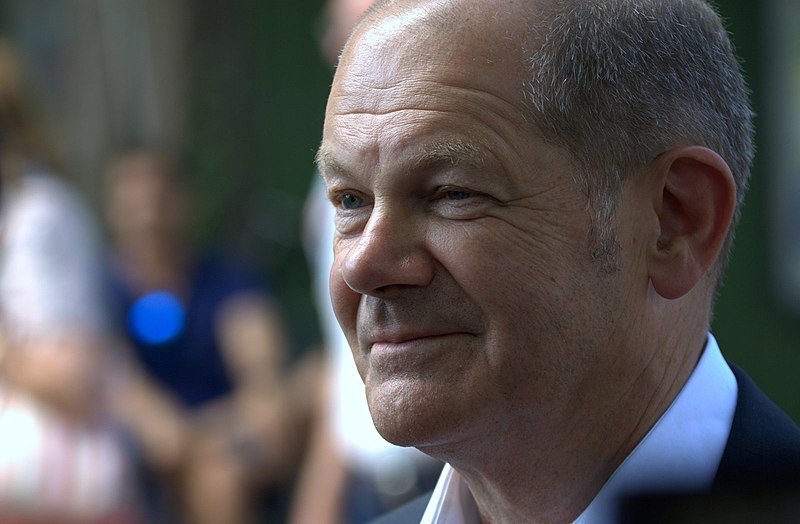 Olaf Scholz of the Social Democrats inched ahead in an unprecedentedly tight election which is still to decide who will lead Europe’s biggest economy.
Share:

(Bloomberg) — Olaf Scholz of the Social Democrats inched ahead of Chancellor Angela Merkel’s conservatives in an unprecedentedly tight election which is still to decide who will lead Europe’s biggest economy.

Scholz’s SPD, the front-runner over the final weeks of the campaign, is set to win 26% of the votes, according to a projection by ZDF on Sunday, while the Christian Democrats under Armin Laschet are set for 24.5%. Both men said they aim to lead the country’s next government.

To cheers from his supporters at party headquarters, the SPD leader said it’s clear that voters want him as chancellor but he still faces months of negotiation and uncertainty before he can make that a reality. A defiant Laschet insisted that he too will try to form a coalition though his party has suffered its worst result ever by plunging below 30%. “We will do everything we can to form a federal government,” he told demoralized supporters.

After 16 years under Merkel’s pragmatic centrist leadership, the outcome of the vote will have wide-ranging implications for Europe and the West. Counting will proceed into the night and on Monday both candidates will begin actively courting the Greens and the pro-business Free Democrats.

Following the result, FDP Leader Christian Lindner proposed talks with the Greens that might be able to address their considerable policy differences before they engage with the two biggest parties. The FDP has more in common with the Christian Democrats than the SPD, he added.

“There is no playbook for this situation,” said Arne Jungjohann, a political scientist at the Heinrich Boell Foundation, which is affiliated to the Greens.

© Bloomberg Battle for the Chancellery

Laschet is clinging on, but the mood was bleak at the CDU headquarters in Berlin, where activists were digesting the prospect that the conservatives may no longer be the biggest party. Several people covered their mouths in apparent disbelief when the exit polls were released and the only moment of slight encouragement came with indications that the SPD won’t be able to form a majority including the Left.

The fragmented political landscape means three parties would be needed to secure a majority in the German parliament for the first time in decades.

The Greens, which are the SPD’s favored partner, came in third with ZDF projecting 13.9% — their best-ever results. The party is likely to play a kingmaking-role alongside the Free Democrats, which got 11.7% of the votes. The anti-capitalist Left got 5% and the far-right Alternative for Germany got 10.5%. Both look set to take a role in the opposition.

The closeness of the race underscores the uncertainty facing Europe’s economic motor.

Germany’s industrial model is under threat as value shifts away from mechanical engineering, while the country’s exporters risk getting caught up in geopolitical tensions, especially between the U.S. and China.

A new government will need to address the issues Merkel left behind, including aging infrastructure and a lack of investment in digital technologies. The most pressing issue is weaning its auto industry and its energy system off fossil fuels without destabilizing the economy.

Merkel and her current government, including Scholz as finance minister and vice chancellor, will serve until a new regime is sworn in.