A solution to Lebanon’s economic crisis 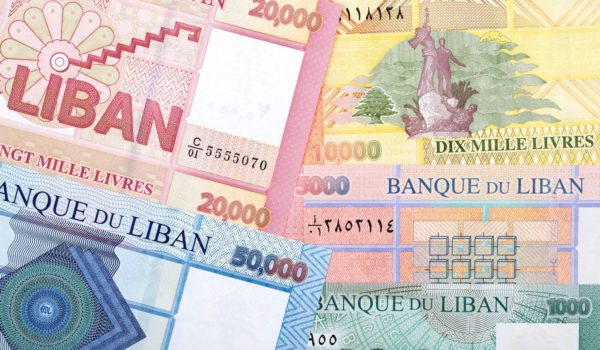 After 13 months in limbo, Lebanon finally formed a government on September 10. It is led by Najib Mikati, a billionaire and veteran politician. As prime minister, Mikati faces the daunting task of bringing Lebanon’s economy back from the dead.

Lebanon’s death spiral began two years ago. After being pegged to the U.S. dollar at a rate of 1,507.5 for 22 years, the Lebanese pound’s peg broke, and a currency crisis erupted. As the pound plunged — eventually shedding 92 percent of its value against the dollar — inflation surged. In late July 2020, Lebanon became the first country in the Middle East ever to experience a bout of hyperinflation, with the monthly inflation rate hitting 53 per cent. Caught in the midst of the currency storm, banks became insolvent, and the economy collapsed. In a futile attempt to keep a lifeline of imports flowing, the central bank devised a concoction of multiple exchange rates. This massive import subsidy scheme drained over half of the central bank’s foreign-exchange reserves in two short years. What should Mikati do?

He could proceed conventionally by dusting off the government’s April 2020 recovery plan. Its centerpiece was a more flexible exchange-rate regime coupled with capital controls and foreign loans accompanied by conditionality. But when introduced during currency crises in countries that suffer from weak institutions and endemic anomie, such systems have a poor record. In Lebanon, failure would be guaranteed, mirroring Argentina’s recent experiences.

The only option that would bring Lebanon’s currency crisis to an abrupt halt is a currency board. Unlike Lebanon’s old pegged exchange-rate regime or Argentina’s similar ill-fated Convertibility System, which lasted from 1991 until it collapsed in 2001, a currency board issues notes and coins convertible on demand into a foreign anchor currency at a fixed rate of exchange. It is required to hold anchor- currency reserves equal to 100 percent of its monetary liabilities.

A currency board requires no preconditions and can be installed rapidly. Government finances, state-owned enterprises, and trade need not be reformed before a currency board can issue money. Currency boards have existed in some 70 countries. None has failed.

The most notable modern currency board is Hong Kong’s, installed in 1983 to combat exchange‐-rate instability. After the fourth round of Sino‐ British talks on Hong Kong’s future, market volatility reached epic levels. Between July and September 24, a date known as Black Saturday, the Hong Kong dollar shed 24 percent of its value against the greenback. Hong Kong’s economy was in a state of panic. The chaos ended abruptly on October 15 with the establishment of the currency board. The board hasn’t missed a beat since, weathering a myriad of crises — even during Hong Kong’s recent political troubles.

Estonia took less than a month to establish its currency board in June 1992. At that time, Estonia’s currency was the hyperinflating Russian ruble, and the newly independent Baltic state hadn’t yet approved a post‐ Soviet constitution. The currency board was installed, the Estonian kroon was issued, and inflation was extinguished instantly. After expressing initial skepticism, the International Monetary Fund heaped praise on Estonia’s currency board.

In 1994, neighboring Lithuania adopted a currency board to cut off the central bank’s funding of government expenditures. The currency board did in fact impose fiscal discipline. Subsequently, the IMF praised Lithuania’s turnaround and economic performance as one of the best in the European Union, which it joined in 2004.

In 1997, Bulgaria faced raging hyperinflation and banking crises. With the currency board installed in July, hyperinflation stopped immediately. By 1998 the banking system was solvent, money- market interest rates had plunged from triple digits to an average of 2.4 percent, a massive fiscal deficit turned into a surplus, a deep depression became economic growth, and Bulgaria’s foreign-exchange reserves more than tripled. The IMF gave the currency board rave reviews. Today, thanks to its currency board, Bulgaria has the second lowest debt- to- GDP ratio in the EU, behind Estonia.

Bosnia-Herzegovina installed a currency board in 1997, as mandated by the Dayton/ Paris Peace Agreement ending the civil war. In the middle of ethnic strife and economic ruin, the currency board did what currency boards do: It established stability, a prerequisite for rebuilding.

The only way to end Lebanon’s nightmare and to succeed politically is for Mikati to establish a currency board. Indeed, it’s always better for one’s reputation to succeed unconventionally than fail conventionally.

Jacques de Larosière is a former managing director of the International Monetary Fund, governor of the Banque de France, and president of the European Bank for Reconstruction and Development. Steve H. Hanke is a professor of applied economics at the Johns Hopkins University in Baltimore. He is a senior fellow and the director of the Troubled Currencies Project at the Cato Institute in Washington, D.C.