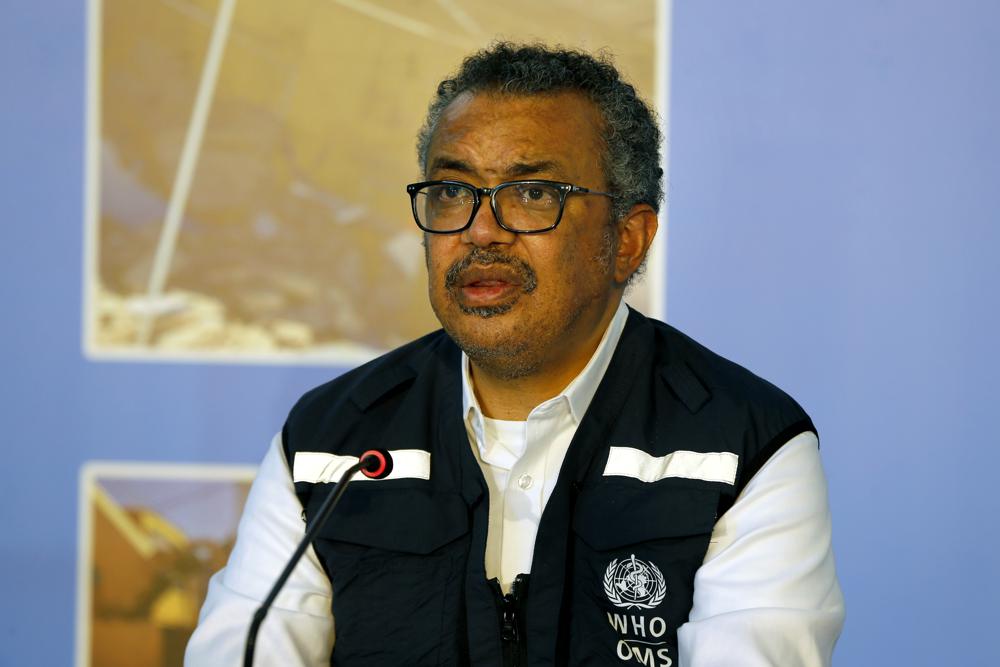 Director General of the World Health Organization, Tedros Adhanom Ghebreyesus, speaks during a press conference, in Beirut, Lebanon, Friday, Sept. 17, 2021. Ghebreyesus said on Friday he was deeply concerned about the impact of Lebanon’s economic meltdown and multiple cri
Share:

BEIRUT LEBANON — The World Health Organization’s director general on Friday expressed deep concern about the impact of Lebanon’s economic meltdown and multiple crises on the wellbeing of the nation, and said the brain drain among the country’s health workers is particularly worrisome.

Tedros Adhanom Ghebreyesus spoke following meetings with senior Lebanese officials and visits to health facilities and practitioners over the past two days. He said the country of 6 million — including over 1 million Syrian refugees — needs emergency and development support to tackle shortages of medicines, fuel, and structural problems such as migration of medical professionals.

The brain drain is depriving the country, once a medical hub in the region, of essential human resources, he said.

On Friday, Ghebreyesus spoke to reporters at a rebuilt WHO warehouse in Karantina, an area of Beirut devastated by a massive and deadly port explosion last year that further depleted the country’s already struggling health sector. The warehouse, which stored drugs and medical supplies, was destroyed in the blast and rebuilt with donor assistance.

Ghebreyesus noted that the Lebanese are not only struggling with the financial and political crises but also with the impact of the port explosion and the coronavirus pandemic.

“This is heavy. This is very heavy,” he said. “I don’t know if there is any country in such a situation, which is really dire.”

For months, pharmacy shelves have been bare, exacerbated by panic buying and suppliers holding back drugs, hoping to sell them later for higher prices amid plans to remove government subsidies. Hospitals are at a breaking point, barely able to secure diesel to keep generators and life-saving machines operating day to day as the cash-strapped government struggles to import basic materials.

The drug shortages threaten tens of thousands of people, including cancer patients. Medics scramble to find alternatives to medicines that are missing. Reports suggest thousands of doctors and nurses have left the country in the past year for opportunities elsewhere.

“Nurses are leaving, doctors are leaving,” Ghebreyesus said. “That is very serious. Its impact will last for many years to come.”

WHO’s director for Lebanon, Iman Shankiti, said the organization has been helping procure medicine for cancer and critical patients; and as part of the United Nations, has helped provide fuel for several hospitals for the next two months, until a more lasting solution is found.

“It is only as we call it a band-aid, to ensure that the service continue running,” Shankiti said. “The U.N. again will not be able to replace the system itself.”

Lebanon has been without a fully functioning government for over a year. A new government was named last week, vowing to make talks with the International Monetary Fund that could open doors to assistance from donors a priority.

Ghebreyesus said WHO will be sending a team of technical experts to help the Lebanese government formulate a solution and develop a strategic plan for reform.