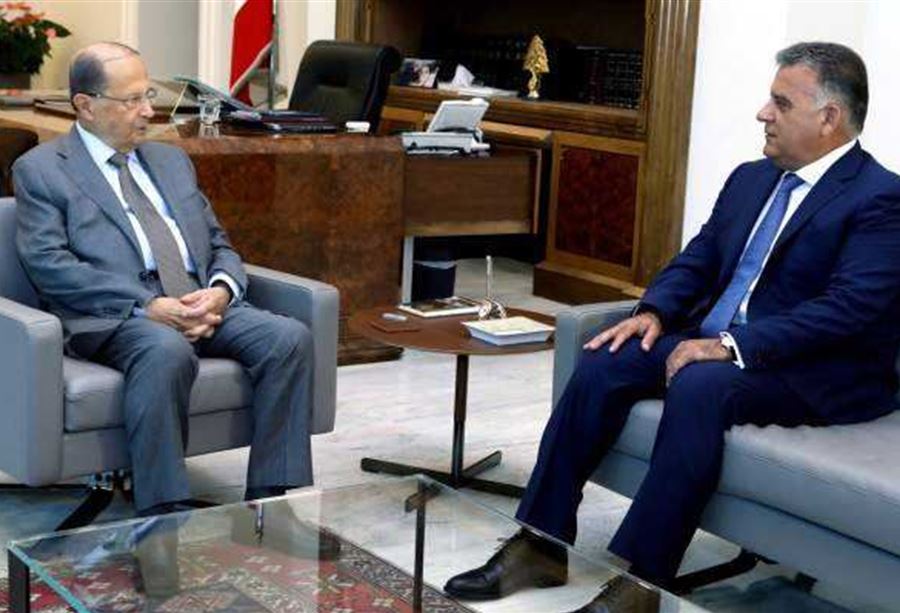 Director-General of Public Security, Major General Abbas Ibrahim R , met with PM Designate Najib Mikati and president Michel Aoun L to mediate over the disputes of government formation . A meeting between Aoun and Mikati on Tuesday might be the last chance to form a new government, media report said.
Share:

Hezbollah’s mouthpiece Al-Manar TV reported that “the Director-General of Public Security, Major General Abbas Ibrahim, met with PM -designate Najib Mikati Sunday, and brought with him the outcome of the meeting to Baabda Monday afternoon , where he visited President Michel Aoun “

Al-Manar TV sources pointed out that “the dispute over the economy portfolio was not resolved during the meeting between Aoun Ibrahim.”

Al Manal added, ” They reached a partial solution to the emerging complex, i.e. naming the two Christian ministers from outside the quotas of Aoun and Mikati

Al Manal sources confirmed that “Major General Ibrahim will continue his mediation effort to overcome the remaining disputes in the coming hours.”

A meeting between Aoun and Mikati on Tuesday might be the last chance to form a new government, media report said.

Mikati will visit the President tomorrow carrying a new line-up. But if no pre-visit agreement was reached for the issue of the economy  and energy portfolios   Mikati’s next step would be resignation,” informed sources told al-Akhbar newspaper in remarks published Monday.

A senior French source said hours after a phone call between the French and Iranian presidents that Iran is not obstructing the formation of the new government in Lebanon,

The one who is obstructing it is president Michel Aoun’s son-in-law (Free Patriotic Movement chief) Gebran Bassil, who wants everything for himself,” the source told Annahar newspaper in remarks published Monday.