Wake up Lebanon! We should not import electricity via Syria. We can generate our own 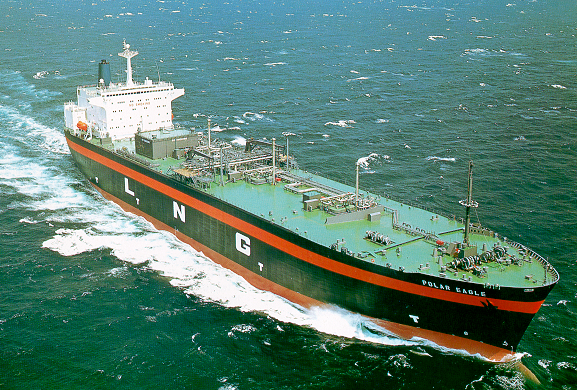 Syria said on Saturday that it welcomed Lebanon’s request to import via its territory electricity that is produced in Jordan , with Egyptian natural gas after Lebanese ministers made the highest-level visit to Damascus in years.

The delegation was led by Zeina Akkar, an ally of president Michel Aoun who is allied with Hezbollah and the Syrian regime. She holds several positions in Lebanon’s caretaker government including the foreign minister. The delegation aimed to pave the way for a US-backed plan to ease the power shortages in Lebanon by transmitting electricity via the Syrian grid.

According to analysts Hezbollah and its allies in Lebanon are trying at all costs to return legitimacy to Syria after it lost it during the past 10 years.

One energy expert told Ya Libnan. We don’t need power that is made by a third party imported thru Syria when we can generate our own power in Lebanon for much less .

Here is a list of the Lebanese power plants

Most of the plants use gas turbines to generate power . The turbines are equipped to use dual fuel ( either natural gas or diesel fuel )

The power generated by the above plants may not be enough for Lebanon.

The current cost per KW of a completely new gas turbine power plant is less than $700. In other words 1000 MW power plant which is the total additional power that Lebanon needs could cost Lebanon about $7 billion. This is a small investment for Lebanon compared to the 40 billion we spent subsidizing the failed EDL during the past 10 years

In addition this is an investment that any manufacturer of Gas Turbine power plants will be able and willing to undertake in a build to own plan .

Siemens , one of the largest gas turbine manufacturers reportedly made an offer to Lebanon, but was turned down by the Lebanese mafia politicians .

Now the same mafia is trying to add Syria to its group to give Syria a role in Lebanon , in other words make Syria part of the Lebanese power mafia .

We know in Lebanon how much Syria makes our agriculture and industry sectors suffer because of its control of our border and the trucking of our produce and manufactured products to export markets in the Gulf . The blackmail that takes place on a daily basis by Syria over trucking should be enough to teach us a lesson not to let Syria get involved in our power needs .

Syria trying to steal our gas and oil

The whole world knows we have gas and oil offshore Lebanon just like all the countries around the mediterranean, including Egypt , Cyprus and Israel . Syria is reportedly trying hard to steal our gas and oil .

Syria has signed a four-year oil and gas exploration deal with a Russian company in Mediterranean waters that Lebanon claims as its own. The Syrian contract with the Russian company includes at least 750 square kilometers of maritime waters claimed by Lebanon in blocks 1 and 2

Yet Lebanese outrage has been conspicuous by its absence.

Now imagine a time, not so long ago, when the shoe was on the other foot. Lebanon demarcated its maritime borders in 2011 and, three years later, offered tenders for oil and gas companies for Block No.1 in the north. Justifiably or not, Syria responded by not recognizing the Lebanese demarcation and lodging a protest.

The striking contrast between the two reactions, separated by seven years, was not lost on the Lebanese opposition.

“Where do the official Lebanese authorities stand on this issue?” asked Rola Tabsh, an MP from the Future Movement bloc, when Syria announced the contract last March . “What is this suspicious coma? We waited for the violation from the south, from the enemy (Israel), but it came from the north, from a brotherly country.”

Similar concern was voiced by Richard Kouyoumjian, former minister and serving member of the Lebanese Forces parliamentary bloc, who said: “The government and the relevant ministries are required to have a sovereign position and clear clarification.”

He called for the “resumption of demarcation negotiations in the south, an end to Syrian complicity and plundering of our money and oil wealth.”

In the south, Israel’s demarcation line conflicts with the Lebanese one, which has led to protracted indirect negotiations sponsored by the UN and mediated by the US. The Lebanese-Israeli dispute and negotiations have been ongoing for more than 10 years now.

A resolution to the maritime border dispute with Israel remains crucial to Lebanon’s ability to attract oil and gas companies to its waters.

Hezbollah is reportedly obstructing the negotiations between Lebanon and Israel by trying to link the maritime borders issue to a dispute it has regarding Lebanon’s land border with Israel, namely Shebaa farms .

Hezbollah is insisting on the link because it it insists on keeping its arms until all Lebanese land is liberated .

Every type of mafia knows that the way to achieve more profit and power is to position oneself between things that people want and a mafia can provide while corrupting institutions and law enforcers to allow the service to continue.

Syria occupied Lebanon for decades, withdrawing only after Hezbollah assassinated former Lebanese Prime Minister Rafic Hariri in 2005. For a short period, it seemed that those opposed to Hezbollah and Syria might come to power under an alliance led by Saad Hariri, son of Rafic. To prevent this, Hezbollah launched a war against Israel in 2006 and then engineered a dispute with Hariri and his allies in 2008 over Hezbollah’s demand to have its own communications network to support its state-within-a-state activities.

Hezbollah has been holding the Lebanese government hostage, has an ally in the president and parliament speaker and has prevented a new Prime Minister from being appointed, much as it prevented a president from being appointed for years. This is the Hezbollah model: Hollow out Lebanon, turn it into a province within “Hezbollahstan,” and then use it as a conduit for cash and corruption and weapons.

Lebanon Central Bank spent billions subsidizing fuel after the Lebanese currency collapsed. Hezbollah which controls all the Lebanese border crossing points both legal and illegal shipped most of the subsidized fuel to Lebanon making billions in profits , which created shortages in Lebanon. Now Hezbollah is trying to import fuel tankers from Iran to make up for the shortage despite the sanctions on Iran and the financial implications for Lebanon .

The new role that Hezbollah is trying to carve for the Assad regime gives Syria legitimacy and leverage. Magically, it transforms Damascus from a pariah, to “helping” Lebanon solve its crisis. Damascus rides to the rescue.. The Syria’s regime has wanted this opportunity for years.

According to Reuters , “the United States has been in talks with Egypt and Jordan over a plan to ease Lebanon’s power crisis. The Lebanese presidency has said it involves using Egyptian gas to generate power in Jordan that would be transmitted via Syria, which is under US sanctions including the so-called Caesar act.”

If the US wants to end the so-called Caesar act , ” that is fine for us in Lebanon. We don’t wish Syria any harm but the US should not look at this as a favor for Lebanon … it is not . It will make Lebanon dependent on the Syrian dictatorship for ever. 29 years of Syrian occupation was more than enough.

Empowering the Syrian regime will make it the new boss of Lebanon’s electric and gas needs. This will be a brilliant maneuver for Syria at Lebanon’s expense . The question is why carve a role for Syria when we can generate our own power for much less .

Wake up Lebanon !! Don’t let the mafia control our lives

Ya Libnan Editorial board