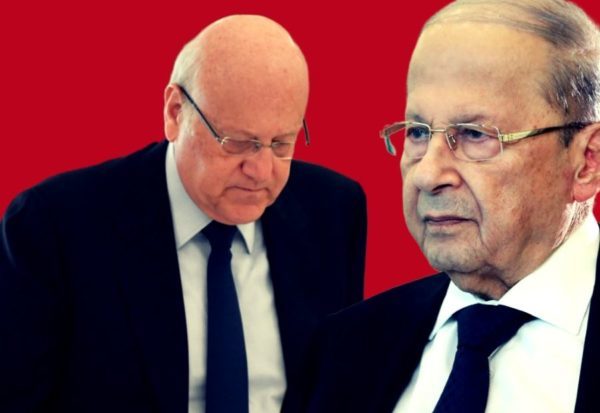 Lebanese media reported on Tuesday that President Michel Aoun continues to obstruct the formation of the government by Prime Minister-designate Najib Mikati despite the mediation efforts by General Security chief Maj. Gen. Abbas Ibrahim who was dispatched by Hezbollah yesterday to help find ” a common ground”

It appears for now that Mikati’s designation is facing the same fate of former PMs-designate Mustafa Adib and Saad Hariri and this development means he could be soon stepping down from his mission of forming a government .

“Aoun is insisting on naming nine Christian ministers in addition to one Druze minister — a share of more than one-third — which cannot be accepted by Miqati and other political parties, the Lebanese media revealed on Tuesday .

Al-Joumhouria newspaper reported , in remarks published Tuesday, that Mikati’s designation will soon “hit the wall of obstruction” and that “the collision moment is near.”

A conclusive decision will be reached within hours according to Al-Joumhouria sources, putting an end to two months of “procrastination” and of “imposing conditions” that Mikati cannot accept.

One analyst revealed that Aoun has been suffering from Bipolar disease for decades .