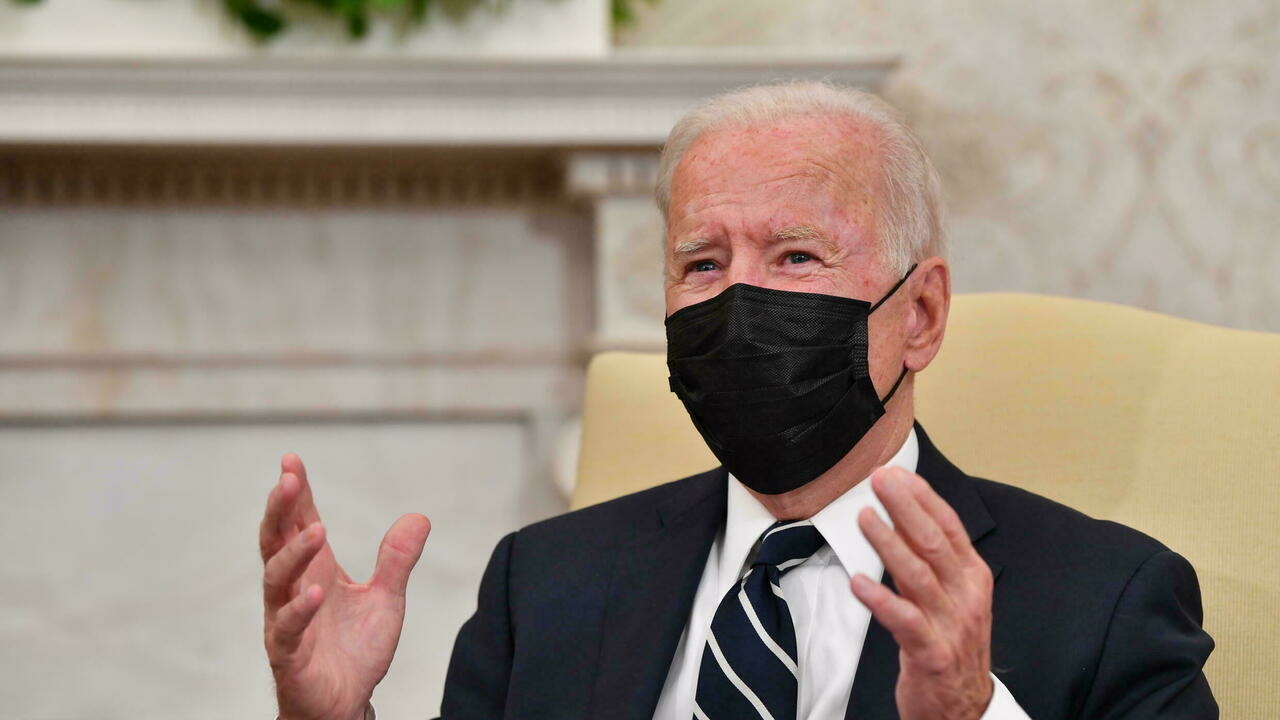 US President Joe Biden said China “continues to reject calls for transparency and withhold information, even as the toll of this pandemic continues to rise” Nicholas Kamm AFP
Share:

President Joe Biden said Friday that China was withholding “critical information” on the origins of Covid-19 after the US intelligence community said it did not believe the virus was a bioweapon — but remained split on whether it escaped from a lab.

The United States, however, does not believe Chinese officials had foreknowledge of the virus before the initial outbreak of the pandemic that has now claimed 4.5 million lives, according to an unclassified summary of an eagerly awaited intelligence report.

“Critical information about the origins of this pandemic exists in the People’s Republic of China, yet from the beginning, government officials in China have worked to prevent international investigators and members of the global public health community from accessing it,” Biden said in a statement.

“To this day, the PRC continues to reject calls for transparency and withhold information, even as the toll of this pandemic continues to rise.”

US intelligence has ruled out that the coronavirus was developed as a weapon, and most agencies assess with “low confidence” it was not genetically engineered.

But the community remains divided on the pathogen’s origins, with four agencies and the National Intelligence Council judging in favor of natural exposure to an animal as the likely explanation, and one agency favoring the lab leak theory.

Analysts at three agencies were unable to reach a conclusion.

The intelligence community and global scientists lack clinical samples or epidemiological data from the earliest Covid-19 cases, it added.

Biden said the United States would continue to work with allies to press Beijing to share more information and cooperate with the World Health Organization.

“We must have a full and transparent accounting of this global tragedy. Nothing less is acceptable,” he said.

The office of the director of national intelligence said it was reviewing de-classifying parts of the report in the near future, in light of the historic nature of the pandemic and importance of informing the public, all the while protecting its sources and methods.

Beijing has rejected calls from the United States and other countries for a renewed origin probe after a heavily politicized visit by a World Health Organization team in January also proved inconclusive, and faced criticism for lacking transparency and access.

At the outset of the pandemic, the natural origin hypothesis — that the virus emerged in bats and then passed to humans, likely via an intermediary species — was widely accepted.

Then, as time wore on and scientists were unable to find a virus in either bats or another animal that matches the genetic signature of SARS-CoV-2, investigators said they were more open to considering a leak involving the Wuhan Institute of Virology, which carried out bat coronavirus research.

Recent scientific papers, however, are tilting the debate back towards a zoonotic origin.

Researchers in China and the University of Glasgow published a paper in the journal Science that found “animal-to-human transmission associated with infected live animals is the most likely cause of the Covid-19 pandemic.”

Additionally, a paper by 21 top virologists in the journal Cell bluntly concluded: “There is currently no evidence that SARS-CoV-2 has a laboratory origin.”