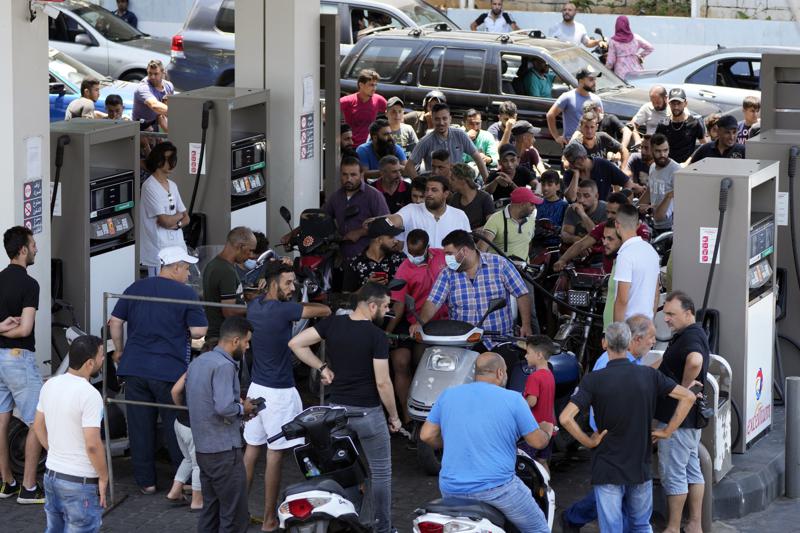 FILE- In this June 27, 2021 file photo, motorcycle drivers wait to get fuel at a gas station in a southern suburb of Beirut, Lebanon. A brawl at a gas station in northern Lebanon over scarce fuel supplies descended into deadly violence on Monday, Aug. 9, 2021, turning into a fight with knives and guns that killed one man, the country’s news agency said. (AP Photo/Hassan Ammar, File)
Share:

The decision comes as Lebanon is expected to end subsidies for fuel by the end of next month, a move that is expected to lead to sharp increases in prices of almost all products.

Lebanon’s parliament approved in March a $246 million loan from the World Bank that would provide assistance for more than 160,000 families. But the move was delayed over the government’s insistence on paying it in Lebanese pounds.

Saroj Kumar Jha, the World Bank regional director, tweeted Monday that he received a letter from caretaker Finance Minister Ghazi Wazni confirming the beneficiaries will be paid in U.S. dollars.

“This decision would allow poor households to receive full value of the @WorldBank assistance and protect the objectives of” a national social safety net, Jha tweeted.

The U.S. dollar is trading at about 20,000 pounds on the black market, negatively affecting the purchasing power of many in the tiny country of 6 million people, including a million Syrian refugees. More than half of Lebanon’s population live in poverty.

It was not immediately clear how much money each of the 161,257 families — or about 800,000 people — will receive. The government was earlier planning to give each family 800,000 Lebanese pounds a month for one year with the dollar calculated at 6,240 pounds.

According to a World Bank statement in January, a significant portion of the loan — nearly $200 million — will go toward providing cash assistance to around 786,000 individuals through a pre-paid electronic card.

Since Lebanon’s economic and financial crisis began in late 2019, there have been different exchange rates for the dollar in the highly indebted country, including the official rate at about 1,500 pounds to the dollar, and the black market rate.