The Taliban have retaken Afghanistan – this time, how will they rule it? 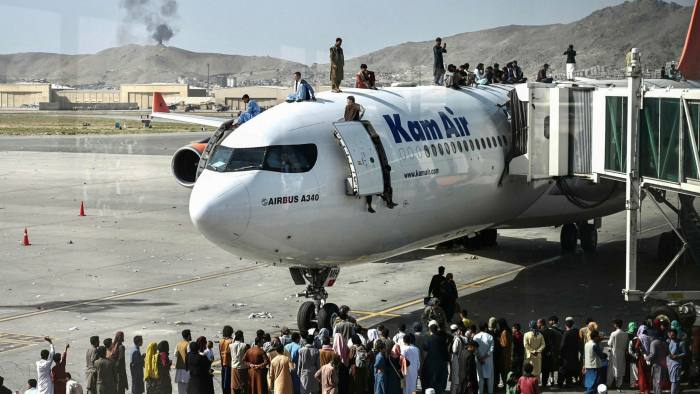 The group’s hardline beliefs are unchanged, but coalition partners and regional powers may be moderating influences

The Taliban agreed on Saturday not to enter Kabul city for now and to wait for the evacuation of western diplomats and troops, but the Afghan president Ashraf Ghani’s sudden departure on Sunday, without informing anyone, has led to the collapse of the remnants of police and army and created a vacuum that the group decided to fill immediately. The Taliban are now expected to officially take over in the coming days, with a kind of transfer of power being arranged by a delegation of political leaders from Kabul. Although the Taliban may well adopt the “emirate” label for Afghanistan again, it seems that their plan is to incorporate new features in their government.

The Taliban started discussions about an interim government with the Americans in 2018-19, indicating that their ambitions in terms of power-sharing could be quantified in about a third of all positions of power. The interim government plan did not take off; instead the Ghani administration in Kabul opted for military confrontation, hoping to demonstrate to the Taliban that the Islamic Republic had staying power.

The first round of fighting in October-November 2020 did not go well, however, and Joe Biden’s April decision to pull out dramatically reduced Kabul’s leverage. By late April, the Taliban were already indicating that they wanted a 50% share of power. Again, Ghani refused to bow to the idea of an interim government and decided to place his hopes in the Afghan security forces’ ability to contain the Taliban and force them to accept negotiating directly with the president.

As we all know now, that worked disastrously. Any leverage that the Islamic Republic still had in April, when its military forces were still relatively untested, has gone. The Taliban now will not need to negotiate the shape of the future government with a counterpart that no longer holds roughly equivalent power. They will dictate the terms.

That is the price of defeat. Ghani’s decision to test their power on the battlefield was ill-judged. The Afghan armed forces already showed in late 2020 and early 2021 little will to fight for the control of key highways, which by the time the Taliban started advancing in early May were already largely under the group’s control. Arguably, if an army will not fight to control its own supply lines, it will not fight for much else. It was a disaster foretold, even if its actual speed surprised everybody. The Biden administration repeatedly tried to put pressure on Ghani to accept the interim government. It faced strong resistance, reportedly even threatened Ghani with the partial suspension of funding, but in the end decided not to escalate the matter. This might have been the main mistake committed by the Biden administration in Afghanistan.

The Taliban have hinted recently that they would like to adopt the 1964 constitution as the basis of a new constitution that will be drafted. This in general has been viewed as a positive signal, given that the 1964 constitution was in the past hailed as the start of Afghanistan’s decade of democracy. However, it does not mention political parties and it is a monarchist constitution. We will also have to see what “updates” the Taliban will want to bring to it.

Desperate Afghans try to escape Taliban: ‘The world abandoned us’

The Taliban appear bent on incorporating elements of the previous regime, with whom in fact they have already made deals over the past few months. Among the most prominent are former foreign minister Salahuddin Rabbani, former president Hamid Karzai and former deputy president Karim Khalili. Some Islamic parties and groups, such as Hizb-i Islami, led by Gulbuddin Hekmatyar, have also made deals with the Taliban and are likely to be represented in the future government.

The Taliban have also been reaching out to mid-level technocrats and bureaucrats, inviting them to stay in the country to serve the next government. They have started absorbing army specialists, in order to operate advanced equipment.

None of the coalition partners-to-be of the Taliban has ever been very active in promoting women’s rights and initially they often actively resisted them, although in the end they have coexisted without too much trouble with the progressive laws of the Islamic Republic, helped by the fact that these laws have been implemented in a very limited way, mostly in city centres. There is little doubt that the existing laws will be repealed, but it is not clear how far back the Taliban will try to turn the clock. For now, in the areas newly taken over by the Taliban they have introduced the same rules that apply in the many rural areas they had taken since 2003: girls’ education only in primary school, sanitised curriculums, women employed only in essential services such as education and health, no mixing of genders, a ban on women leaving home alone, enforcement of the burqa, no TV, no music, compulsory attendance at mosques and so on.

If the Taliban move on from this, it will be in a limited way, at least initially. They also will have to address the issue of female participation in politics. The Taliban’s Islamist and Sufi allies could exercise some moderating influence, for example convincing the Taliban to drop plans for the wholesale reintroduction of the burqa.

Overall, however, the primary concerns of the future Taliban-led government will be pragmatic. It will have to manage relations with neighbouring countries – Pakistan, Iran, Russia, Uzbekistan, Turkmenistan and China – most of which have existing relations with the Taliban, but do not entirely trust them. All have interests that they want the Taliban to respect. The Taliban-led government will struggle to keep the economy afloat and to maintain the provision of essential services, which have been suspended in much of Afghanistan as they advanced.

The institutional reshaping of Afghanistan will depend on the stability of the new coalition. Will the various Islamic parties, which often represent regional and sectarian interests, be able to cooperate successfully with the more conservative Taliban in the long run? If so, the Taliban’s clericalism will have to be reconciled with the Islamists’ more technocratic aspirations and with regional interest groups. The Taliban already hinted they would like a council of senior clerics, along the lines of Iran’s Guardian Council, to vet laws and decrees on the basis of their conformity with religious law. Many of the ministries, on the other hand, could be run by college-educated Islamists.

Since most of the neighbouring countries want stability in Afghanistan, at least for the time being any fissures in the new coalition government are unlikely to be exploited by external actors to create rifts. Similarly, the 2021 losers will struggle to find anybody willing or able to support them in starting some kind of resistance. As long as the new coalition government includes key allies of its neighbours, this is the beginning of a new phase in the history of Afghanistan.