Hezbollah has hundreds of km of inter-regional tunnel network, report 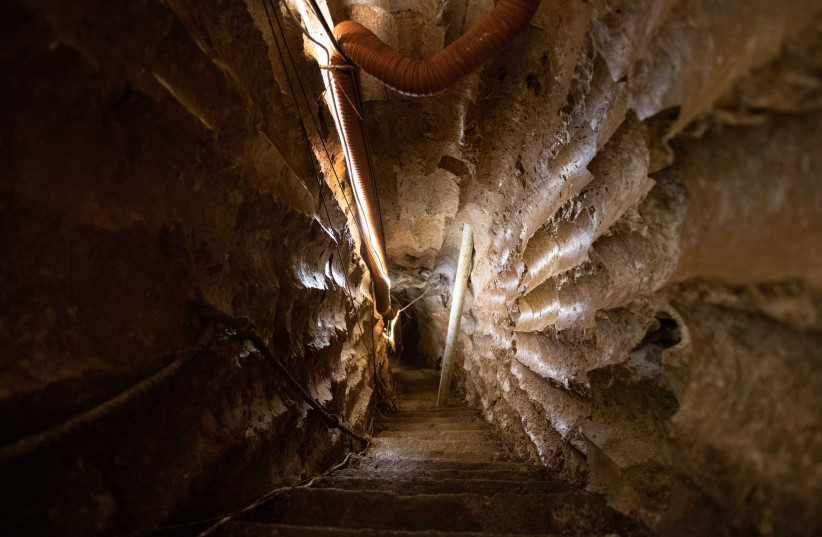 Hezbollah’s large-scale network was built with the help of North Korea and is much larger than Hamas’ ‘metro’ network in Gaza.

Beirut- The Jerusalem Post has revealed that Hezbollah has a large-scale inter-regional tunnel network stretching across Lebanon designed to move personnel and weapons, according to a new report released by the ALMA Center over the weekend.

According to the report, titled “Land of Tunnels” and authored by Maj. (res.) Tal Beeri, Hezbollah began its tunnel project after the Second Lebanon War in 2006 with the help of the North Koreans and Iranians and “is much larger than the Hamas ‘metro’ project in the Gaza Strip.”

The network supposedly connects the Beirut area, Hezbollah’s central headquarters, the Bekaa area used by the group as its logistical operational rear base, to southern Lebanon. According to the report by ALMA Center, which researches security challenges facing Israel on its northern front, the tunnels allow for “hundreds of fully equipped combatants to pass stealthily and rapidly underground.”

The tunnels are also large enough for motorcycles, ATVs (all-terrain vehicles), and other small vehicles to move through them to allow for troops to maneuver from place to place “for the purpose of reinforcing defense positions or for carrying out an attack in a safe, protected, and invisible manner.”

The cumulative length of the network may be hundreds of kilometers and in one area stretches some 45 kilometers, connecting the area of Sidon to the Bekaa.

One of the tunnels stretches about 45 KM and connects Sidon to the Bekaa. , but the total length of the network may be hundreds of kilometers .

The report stated that Hezbollah’s tunnel network was built with the assistance of a North Korean company called the “Korea Mining Development Trading Corporation,” a company that specializes in the development of underground infrastructure. The actual construction of the tunnels was done by Hezbollah’s Jihad Construction Foundation.