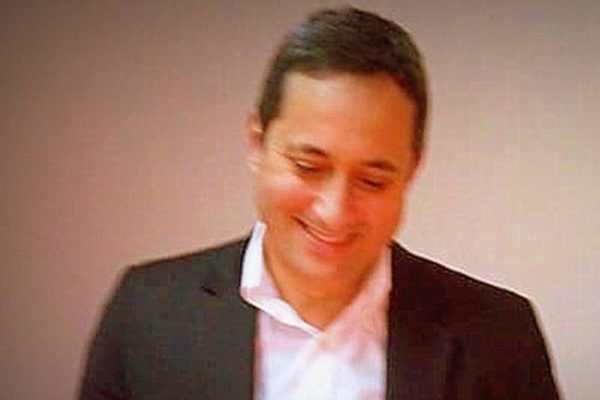 FILE PHOTO: The High Judicial Council named judge Tarek Bitar (47) as the new Lebanese prosecutor to lead probe into Beirut blast , a day after his predecessor Judge Fadi Sawwan was removed. Bitar who is from Akkar region of north Lebanon served as the head of the Criminal Court in Beirut since 2017.
Share:

“Some of the accused who have bad intentions are promoting the idea that those who caused the port blast were Muslims and that those affected were Christians and this is not true. Those promoting these remarks are seeking to protect themselves,” Geagea said at a press conference.

Blasting Nasrallah’s “massive attack on investigative judge Tarek al-Bitar,” Geagea wondered how the Hezbollah leader has known that “the technical investigation has ended.”

Nasrallah “demonstrated how some media outlets have launched accusations against Hezbollah, but what does Bitar have to do with this matter?” the LF leader asked.

“Have you ever heard of the confidentiality of investigations?” Geagea added, addressing Nasrallah.

“We fully know that officials from Hezbollah have communicated with some suspects and senior officials who have been summoned to interrogation, asking them not to appear before Bitar,” the LF chief charged.

“I don’t know Judge Bitar in person but all the feedback confirms that he is an honest and upright judge,” Geagea went on to say.

Criticizing Nasrallah for “inciting the people against Judge Bitar and asking them to head to his house so that he reveals to them the results of the technical probe,” the LF leader again asked the Hezbollah chief whether he has knowledge of the investigation’s details.

“Then tell us what you know and how you know that there are no unified standards in the investigation,” Geagea added.