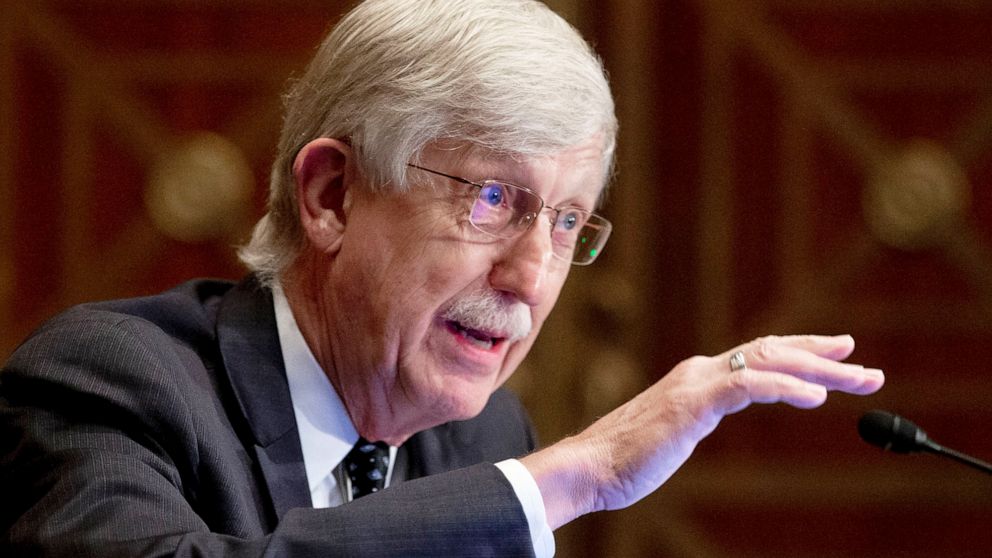 Dr. Collins said the FDA hopes to issue full vaccine approval in the next month.

US National Institutes of Health Director Dr. Francis Collins said Sunday he believes vaccine requirements could make a difference in slowing the rapid spread of COVID-19 and acknowledged how politics has polarized public opinion on pandemic mitigation strategies.

“Why is it that a mandate about a vaccine or wearing a mask suddenly becomes a statement of your political party? We never should have let that happen.” Collins told ABC “This Week” anchor George Stephanopoulos.

“Come on, America — we’re incredibly polarized about politics, we don’t really need to be polarized about a virus that’s killing people,” Collins continued. “We ought to be doing everything we can to save lives.”

.@gstephanopoulos: "Is it time for more vaccine mandates?"@NIHDirector Dr. Francis Collins: "Yeah, I think we ought to use every public health tool that we can when people are dying." https://t.co/OFn9QFfihK pic.twitter.com/d7ajJA2nxC

And though more than 50% of Americans are fully vaccinated and that rate increased by 25% in the last week, according to the CDC, due to the rapidly spreading delta variant, some states and counties have reimplemented mitigation strategies, such as mask mandates.

Collins at first did not give a direct answer on whether he believed more vaccine mandates should be implemented, initially saying he celebrates when businesses decide to require vaccinations for employees.

“As a person who runs the National Institutes of Health with 45,000 employees and contractors, I am glad to see the president insisting that we go forward requiring vaccinations or if people are unwilling to do that, then regular testing, at least once or twice a week, which will be very inconvenient,” Collins said.

“I think we ought to use every public health tool we can when people are dying,” Collins added.

“That was about as close as a yes as you could get. You clearly believe that vaccine mandates could make a difference,” Stephanopoulos pressed.

“I do believe they should make a difference,” Collins responded. “I understand how that can sometimes set off all kinds of resistance. But isn’t that a shame?”

If more people had gotten vaccinated when vaccines became widely available, the current surge fueled by the delta variant could have been mitigated, Collins said earlier in the interview, responding to a USA TODAY front page headline: “We are failing one another.”

“I’m afraid we should not really have ever gotten in the place we are,” Collins said. “In that regard, yes, we are failing. … Now we’re paying the terrible price.”

As more children are currently hospitalized than at any other point in the pandemic, Stephanopoulos asked Collins whether the delta variant is more serious for children.

“We don’t have rigorous data to show for sure,” Collins responded. “But this is a virus that is not only more contagious, but potentially more lethal.”

With the school year set to begin across the nation, Collins said he would ask parents to think about masks as a “life-saving medical device” and ask their children to wear them.

“We know that kids under 12 are likely to get infected and if we don’t have masks in schools, this virus will spread more widely,” Collins told Stephanopoulos. “It will probably result in outbreaks in schools and kids will have to go back to remote learning which is the one thing we really want to prevent.”

“It’s a small price to pay for being able to keep kids where they need to be to learn,” Collins added.

While the current vaccines have high efficacy in stopping the spread of the highly contagious delta variant, Collins said he worries about “the day when a variant arises that is so different from the original Wuhan virus” that it evades the current vaccines and requires the quick development of a booster shot.

“The best way to prevent that from happening is to reduce the number of infections because that’s how mutants happen. It’s because people are infected with the virus and it copies itself slightly wrong and then you get something that’s even worse,” Collins said.

As the country awaits the Food and Drug Administration’s full approval of the COVID-19 vaccines, Collins said he has been in close contact with the agency and they hope to issue full authorization within the next month.

“But meanwhile, while people are waiting for that — and I understand that would help — please be clear about this, the vaccines have incredible evidence for their safety and effectiveness. They work against delta. They will save your life,” Collins said.