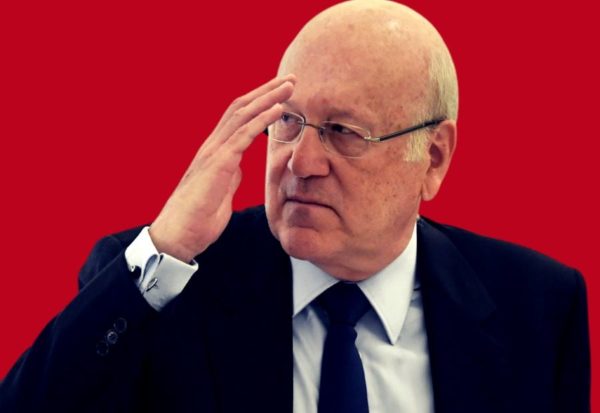 A political source indicated that Prime Minister-designate Najib Mikati may quit the task of forming a government anytime between the tenth and fifteenth of this month, which is the maximum limit set in his agreement with the former prime ministers in the event that it is not possible to form a government before the above mentioned date.

This development comes after Mikati declared on Monday that he had hoped for a quicker pace towards the formation of a new government and that his efforts would not be open-ended.

His comment that came after a meeting with President Michel Aoun underlined the challenge of forming a new government for Lebanon, where fractious politicians have been unable to agree even as the country falls deeper into economic crisis.

“I had hoped for a pace that was faster than this in the government formation. It is a bit slow,” said Mikati, who was designated prime minister last month after Saad al-Hariri abandoned his effort to form the new cabinet.

The Lebanese pound, which has lost more than 90% of its value in less than two years, weakened. Dollars were changing hands at a rate of around 20,000 pounds after Mikati spoke, compared to 19,200/19,300 before his comments, a dealer said. The pound weakened further today to 21 , 200, to the dollar

Mikati, a wealthy businessman, said he would meet Aoun again on Thursday.

Asked if he had a deadline for his efforts, he said: “As far as I am concerned, the timeframe is not open. Let he who wishes to understand, understand.”

The prime minister must be a Sunni Muslim in Lebanon’s sectarian power-sharing system. Abandoning his effort last month, Hariri said he could not agree with Aoun, the Maronite Christian head of state.

The watchdog recommended an independent U.N. investigative mission conduct its own inquiry, and advocated for broad international sanctions against top officials.

Aoun promised last year following the explosion investigation that will identify the culprits within less than a week . A year later and not one politician has been has been brought to justice

The August 4, 2020 explosion of a shipment of ammonium nitrate which was haphazardly stored at the Beirut port for over six years killed 218 people, wounded 7000, left 300, 000 homeless and destroyed swathes of the capital, in one of the world’s largest ever non-nuclear blasts.

Victims’ families and the broader public widely saw the explosion as the result of incompetence and corruption on the part of the ruling class .

A 126-page HRW report, released one day before the first anniversary of the tragedy, identified top officials in the government, customs, the army and security agencies who were aware of the shipment and its dangers but failed to take necessary action.

“Evidence strongly suggests that some government officials foresaw the death that the ammonium nitrate’s presence in the port could result in and tacitly accepted the risk of the deaths occurring,” it said.

Aoun and caretaker PM Hassan Diab were informed about the deadly chemicals 2 weeks before the explosion but the both did nothing about it. Aoun said he is not responsible for the port and Diab said he offered to go to the port to check on the chemicals but Hezbollah security chief Wafic Safa told him not to bother .

It turned out that the explosives were stored there for use by the Syrian regime . According to FBI report only 552 tons out of the 2750 tons that were stored there exploded . The balance went to Syria in its barrel bombs against the civilians and to Hezbollah for use in bomb making in Cyprus, Germany and the Uk

According to analysts who closely monitor the Baabda Palace , the aging Aoun is no longer capable of making his own decisions and is being manipulated by 2 people : Gebran Bassil on one side and Salim Jreisati on the other.