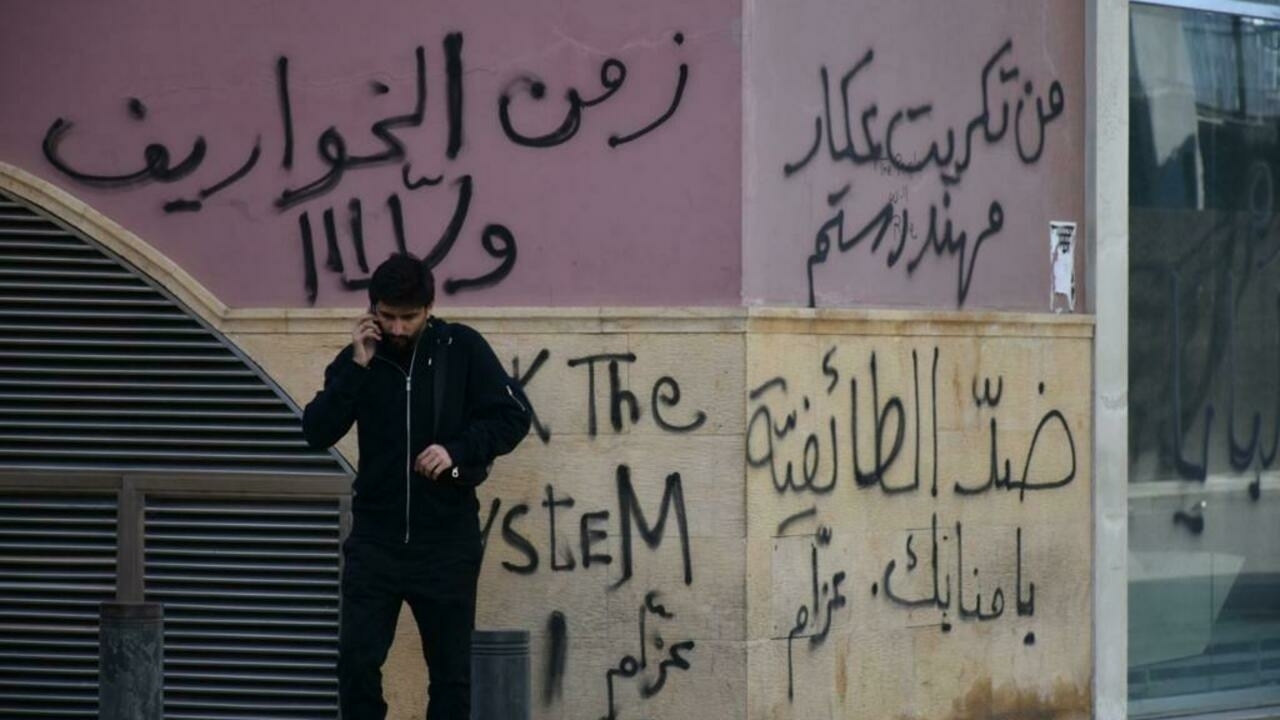 Lebanon’s economic woes and political mismanagement drove lawyer Hussein El Achi to take to the streets in October 2019. The devastation of the August 4, 2020, Beirut blast and the political interference in the investigation convinced him to join the fight for change from the inside. The question now is whether idealism, backed by political organisation, can challenge Lebanon’s sectarian kleptocracy.

On the evening of August 4, 2020, Hussein El Achi was in his office in Beirut’s Jnah district, around 8 kilometres (5 miles) southwest of the port, when he was shaken by the explosions that would shatter his city, rock his world and launch him on a path he never imagined he would take.

The 33-year-old activist and lawyer by profession immediately thought it was a bomb – as did many in a city that has endured wars, political assassinations and military strikes. He quickly checked on his loved ones and then headed down to the Gemmayzeh neighbourhood, which was badly hit by the blast.

The next few hours were a blur of driving around, trying to help dazed, injured people, and locating missing friends. El Achi admits he wasn’t very effective that day – the situation was so chaotic and the needs so enormous.

But the very next day, the seasoned activist swung into action with colleagues from Lebanon’s protest movement. El Achi is the secretary general of Minteshreen, an opposition movement born out of the October 2019 anti-government protests that swept Lebanon. (The movement’s name is a play on words in Arabic: “Min” means “from” and “Teshreen” is October; Minteshreen as one word means “spread”.)

Putting years of organisational experience to use, El Achi and his activist colleagues gathered all the tents and equipment they had amassed during the 2019 protests and took them to a parking lot in the Mar Mikhael district right by the port.

“At that time, we were so disoriented and disturbed, we didn’t even think that there were big buildings all around the parking lot. We were just working and setting up our operations – putting the medics here, food distribution there, the engineers and architects, mental health doctors … and then glass started falling on us,” El Achi recalls with a laugh. “We moved the camp a little bit on the first day, but then we realised huge pieces of glass were falling with the wind and the buildings were shaking. So we moved to a new spot.”

Within days, a tent city – dubbed “the Basecamp” – had sprung up, comprised of NGOs and volunteer groups offering a range of emergency services in the absence of a comprehensive state response.

But it was the first weekend after the blast that brought a change that would transform El Achi’s life for the next 12 months.

A crackdown reveals the way forward

On Saturday, August 8, 2020, tens of thousands of people gathered around Martyr’s Square in downtown Beirut to demand the ouster of the government. In an outpouring of anger against the corruption and negligence that protesters believe had enabled the port accident, they occupied ministries, set fires and faced off against security forces.

The crackdown that day hit unprecedented levels, with security forces using live ammunition and projectiles that caused massive injuries, according to rights groups. At least 492 people were injured, including 158 who had to be hospitalised.

The hospitalised protesters included 12 Minteshreen members, some severely wounded. The nature of the August 8 crackdown was different, according to activists. Security forces arrived at hospitals to get the names and identities of wounded protesters. In some hospitals, arguments broke out when doctors refused to comply.

With the government showing every indication of standing firm, and security forces cracking down on a mourning populace that had lost loved ones, homes and livelihoods in the blast, August 8, 2020, marked a turning point for Minteshreen.

“Before that day, and since our inception, we were an informal group doing protests and small events. Our numbers grew but we always wanted to remain a movement; we didn’t like the term ‘political party’. But on that day, all bloodied up, we met at a friend’s apartment and at that moment of desperation, we thought: The street is an important tool, but we are facing a regime that is ready to kill us to maintain power. This is why the only way to [bring] change is to get into organised political action – we needed to create a political party, and we all took a decision that Minteshreen needs to turn into a political party,” El Achi explains.

Birth of a political party – in the making

The group, which currently has 167 core members, immediately swung into action.

They split into three task forces: one to create internal structures and laws, the second to hammer out a political programme and a third to focus on organising elections. Town hall seminars were held on Zoom to discuss political ideologies, platforms and strategies. Coalition talks with other Lebanese civil society groups and political parties began, with an eye on parliamentary elections scheduled for next year.

Sitting in his living room in Beirut’s predominantly Shiite Jnah neighbourhood, El Achi rattled off details of workshops, seminars and discussions with the frenzied intensity of a man on a mission. Lessons from his law school education, as a scholarship student in the UK, were put to use, including the value of time and alliance-building.

But the Lebanese state works – when and if it does – at a different pace.

Minteshreen’s party-building process complete, El Achi and his fellow members presented their dossier to the interior ministry earlier this year.

The dance with Lebanese bureaucracy and the intimate pas de deux with official stonewalling had begun.

At this stage, El Achi puts down his morning cup of Turkish coffee to fetch a folder of documents in Arabic to help explain the process. The authorisation process for NGOs and political groups can take a long time in Lebanon, with some LGBT groups still waiting nearly 10 years after filing their papers.

Lebanon’s professionals began leaving during the late-2019 economic crisis, but that trickle has become a flood since the Beirut blast. Experts warn the “brain drain” – particularly in the critical health and education sectors – could further undermine this tiny Middle Eastern country, which lacks hydrocarbon reserves and relies on the services sector.

El Achi and his wife have had conversations that are being echoed in living rooms across the country.

“When we met in 2018, we had plans to go to either Canada or the UK. But then October 17 [2019] happened and we had a series of conversations – and we decided we need to give it a shot,” he says. “We decided to stay on and fight, until at least the next parliamentary elections, and see if this is a viable country.”