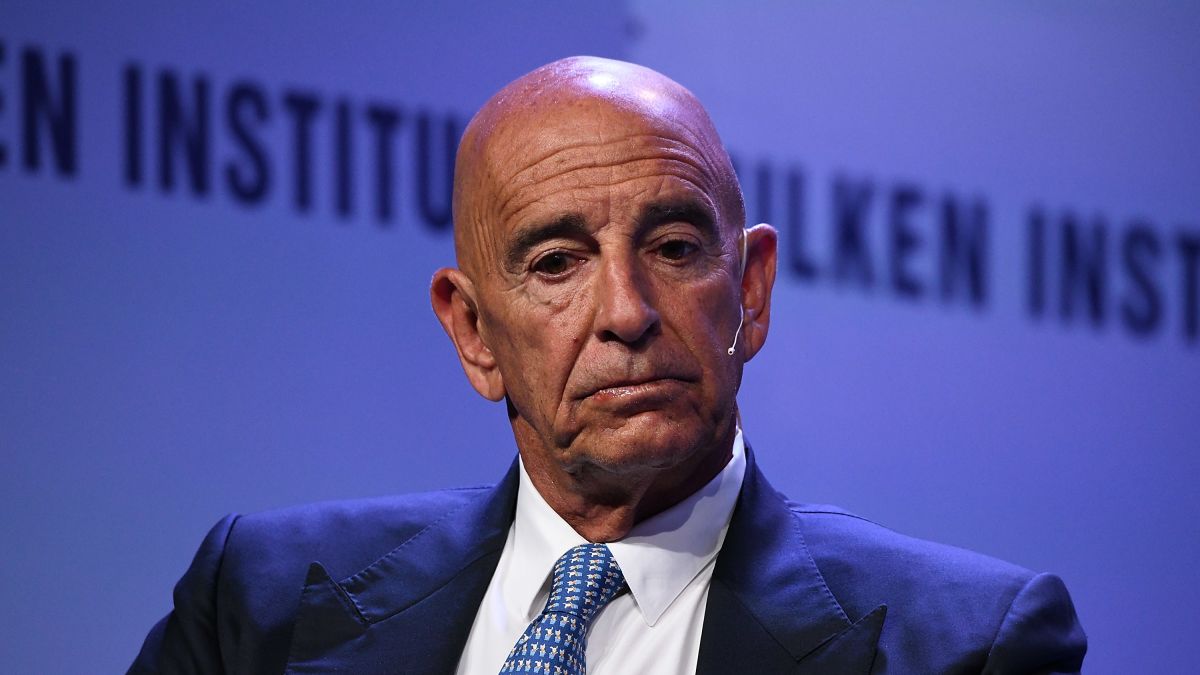 Tom Barrack, a former adviser to former President Donald Trump, was charged with illegal foreign lobbying on behalf of the United Arab Emirates for what federal prosecutors described as an effort to influence the foreign policy positions of both the 2016 Trump presidential campaign and the subsequent incoming administration. The grandson of Lebanese immigrants to Los Angeles. Barrack founded Colony Capital in 1991 to buy bad real estate loans from busted S&Ls. The firm now manages $34 billion in assets, including $18 billion in 16 commercial real estate and distressed debt-focused funds
Share:

Barrack, a longtime friend of Trump, is also charged with obstruction of justice and making multiple false statements to federal law enforcement agents.

Tom Barrack, who chaired former President Donald Trump’s 2017 inaugural committee, was arrested Tuesday on charges that he unlawfully influenced the foreign policy positions of the campaign and administration to advance the interests of the United Arab Emirates, the Department of Justice said.

In a seven-count grand jury indictment, unsealed in a New York federal court, Barrack, 74, and two others are accused of “acting and conspiring to act as agents” of the UAE between April 2016 and April 2018, but without registering as foreign agents. Barrack was also charged with obstruction of justice and making multiple false statements to federal law enforcement agents.

The trio acted “to advance the interests of the United Arab Emirates (UAE) in the United States at the direction of senior UAE officials by influencing the foreign policy positions of the campaign of a candidate in the 2016 U.S. presidential election and, subsequently, the foreign policy positions of the U.S. government in the incoming administration, as well as seeking to influence public opinion in favor of UAE interests,” the Justice Department said.

Anyone acting on behalf of a foreign government in the U.S. is required by federal law to register as a foreign agent with the Justice Department. Failure to do so constitutes a felony, and as an FBI official said Tuesday, the conduct amounts to “secret attempts” to influence the nation’s highest officials.

“The defendants repeatedly capitalized on Barrack’s friendships and access to a candidate who was eventually elected president,” as well as his access to “high-ranking campaign and government officials,” said Acting Assistant Attorney General Mark Lesko of DOJ’s National Security Division, referring to Trump and his top aides. “The conduct alleged in the indictment is nothing short of a betrayal of those officials in the United States, including the former President.”

Barrack, a longtime Trump friend, used that friendship to get language inserted into the then-candidate’s energy speech in 2016 about the importance of working with “our Gulf allies” at the behest of Emirati officials, the indictment said. After the election, and while he was chair of Trump’s inaugural committee, Barrack was asked by the officials for information on Trump’s picks to lead the Department of State, the CIA and the Department of Defense, the filing said.

“We’re working through them in real time and I have our regional interest in high profile. When you get a chance, let’s talk by phone,” Barrack replied.

Barrack also worked with the officials during the transition on a plan to influence Trump’s foreign policy for the entirety of his first term, the indictment said, and helped arrange a phone call between Trump and a top UAE official in January of 2017.

In September of 2017, Barrack told one of his codefendants about a proposed summit at Camp David to try to settle differences between the UAE, Qatar and “other Middle Eastern governments,” the indictment said. After he was told that the UAE felt such a summit would not be in its best interests, Barrack’s office reached out to one of Trump’s assistants to say Barrack needed to talk to the president “about the Middle East.” The filing doesn’t say if they connected, but the summit never happened.

Barrack was arrested in the Los Angeles area Tuesday morning, according to law enforcement officials familiar with the matter. A spokesperson for Barrack said he “has made himself voluntarily available to investigators from the outset. He is not guilty and will be pleading not guilty.”

During a brief court appearance Tuesday, Barrack was ordered detained pending a bail hearing on Monday.

Prosecutors have asked that he remain behind bars until a full bail hearing in New York, citing his wealth, access to a private jet, and “the defendant’s deep and longstanding ties to countries that do not have extradition treaties with the United States,” namely Saudi Arabia, Lebanon and the UAE.

They also charge that not only did Barrack work at the direction of UAE leadership, but that he also “met with and assisted senior leaders of the KSA [Kingdom of Saudi Arabia], a close ally of the UAE.”

Prosecutors said their case is strong, and Barrack’s activities “during the relevant time period are heavily documented and corroborated in thousands of emails, text messages, iCloud records, flight records, social media records, photographs, video recordings, and other types of evidence, all of which capture his agreement to take direction from UAE government officials, his activities on their behalf, and his communications with those UAE government officials and his co-conspirators.”

The indictment said Barrack was asked about the UAE officials’ requests by the FBI in 2019, and that he told the agents the UAE had never asked him for anything related to Trump’s administration.