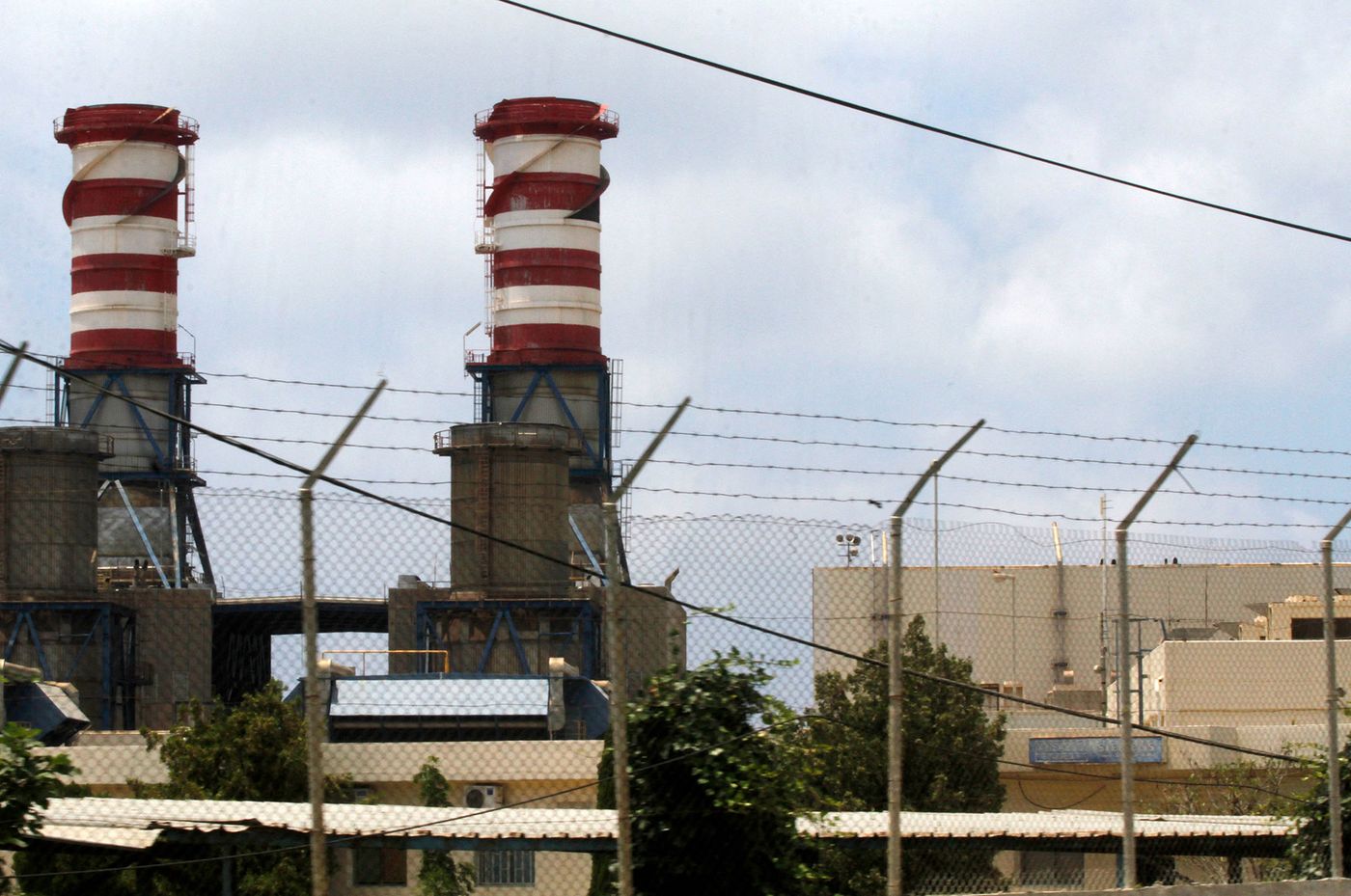 A partial view of the Zahrani power station in southern Lebanon, a day after it went offline. Photographer: MAHMOUD ZAYYAT/AFP
Share:

By Layan Odeh and Gwen Ackerman

Parts of Lebanon plunged into darkness over the weekend as two key power plants went offline, deepening a crisis in the country reeling from its worst financial meltdown in decades.

Electricity was due to be restored from one plant on Sunday, while water companies that were forced to shut down due to power shortages were also prepared to resume supply. That may be small consolation to the more than half of Lebanon’s population pushed below the poverty line and suffering from additional shortages in food and pharmaceuticals in what was, until recently, considered a middle-income country.

Lebanon’s central bank has been effectively subsidizing fuel, medicine and food items through preferential exchange rates, but is fast running out of funds in the absence of a functioning government and a plan to stabilize the economy.

Stymying attempts at recovery is the failure to replace a caretaker government to enact reforms and unlock donor funds.

The International Monetary Fund has urged Saudi Arabia to push ahead with measures to cut the government wage and subsidy spending, while taking steps to protect the welfare of low-income households. And yet, on Saturday, Saudi Arabia’s government set an upper limit for the domestic cost of gasoline in a step back from the unpopular cuts.

Elsewhere in the Middle East

The rift at the heart of OPEC and the information vacuum it has created risks sending oil prices into a tailspin, writes Julian Lee for Bloomberg Opinion.

This year’s recovery in prices was underpinned by OPEC+’s extraordinary cohesiveness. The group now risks uncontrolled hikes if they can’t agree to a compromise. Continued discord will feed uncertainty and speculation and the longer they wait the more risky the oil market becomes for bulls.

Dubai’s Jebel Ali Port, the largest in the Middle East, said normal operations resumed on Thursday after a blast on board a ship rocked the facility just before midnight. A fire broke out the night before aboard a vessel that was carrying flammable materials.

Turkish Airlines decided to increase some staff wages in July by a minimum of 10%, as the easing of coronavirus restrictions in many countries raised hopes for a quicker recovery in aviation.

Dubai’s Shuaa Capital is in early talks with investments banks to set up three blank-check companies and its shares surged on the move. The companies will pursue deals in the energy, finance and technology sectors, people familiar with the matter say.

Abu Dhabi National Oil Co. is in talks with energy companies about them buying equity stakes in hydrogen projects, people familiar with the matter said. The move illustrates Middle Eastern oil producers’ focus on plans to sell what’s seen as a crucial fuel in the transition to cleaner energy.

Abu Dhabi sovereign fund Mubadala raised $731 million in an initial public offering of satellite operator Yahsat after pricing shares near the middle of a marketed range. The sale is the second largest in the emirate, after Abu Dhabi National Oil Co. for Distribution raised $850.8 million in a 2017 offering. It is also the first IPO in Abu Dhabi since that listing.

Israeli research has shown that Pfizer Inc.’s Covid-19 vaccine appears to be less effective in halting the spread of the delta strain of the virus, though it is shielding against severe illness. Pfizer announced on July 9 that it plans to request U.S. emergency authorization in August for a third booster dose of its jab.

The doctoral thesis presented by Turkish central bank Governor Sahap Kavcioglu is being investigated after allegations of plagiarism, according to an official at Istanbul’s Marmara University.

One of his predecessors as governor, Murat Uysal, faced plagiarism allegations in 2019 over a thesis he wrote on inflation-targeting. Both theses were overseen by the same adviser, Erisah Arican, who’s currently serving as chairman of Borsa Istanbul and deputy chair of Turkish Wealth Fund.