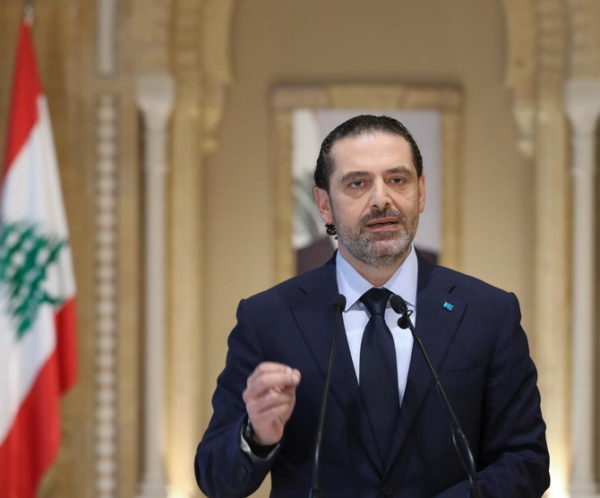 Prime Minister-designate Saad Hariri returned to Beirut after a a regional tour that took him to UAE , Turkey and Egypt, where he tried to seek investors in Lebanon to help rescue the country from its current financial crisis
Share:

Prime Minister-designate Saad Hariri returned to Beirut after a the foreign trip that started in the UAE and included Turkey and Egypt, according to a media reports

“Hariri’s stances have not changed and the idea of giving up the (government) formation mission is not currently on the table,” Center House sources told the al-Anbaa newspaper of the Progressive Socialist Party.

“His Arab and regional tours are focused on Lebanon and on securing financial, economic and medical assistance to the country,” the sources said.

According to al-Anbaa sources, Hariri discussed Lebanon’s electricity crisis and the possibility of bringing Saudi investments to Lebanon.

The PM-designate is exploring “means to help Lebanon rescue this ailing sector and to pull the country out of darkness and out of the hefty cost that the Lebanese are incurring as a result of severe power rationing and the hike in power bills,” the sources added.

“Hariri’s choice is still to form a mission-driven government that would assume the mission of rescuing Lebanon,” al-Anbaa sources added.

“Despite all the obstacles he has faced, Hariri is insisting on (the mission-driven government) because it is the only choice to rescue the country,” the sources stated, adding that Hariri “realizes that stepping down would further complicate things and end any ray of hope for the state’s rise — something that he does not want.”

Future Movement deputy chief Mustafa Alloush warned that the country will collapse and disintegrate before the government’s formation” should the current political course continue as it is.

In a TV interview, Alloush also noted that the presence of Hariri outside Lebanon is “a lot more important than his presence in the country.”

“He is carrying out his duties and securing Lebanon’s assistance in a serious manner the moment the government is formed,” he added