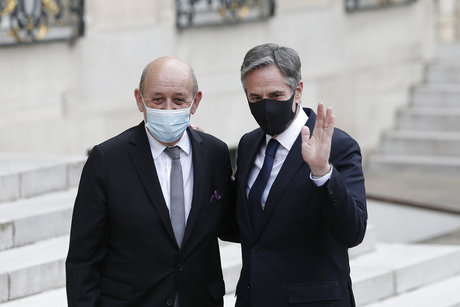 France and the United States have agreed to act together to put pressure on Lebanese officials responsible for the political and economic crisis gripping the country, the French foreign minister said Friday.

“We have decided to act together to put pressure on those responsible. We know who they are,” Foreign Minister Jean-Yves Le Drian told a news conference with U.S. counterpart Antony Blinken in Paris.

“We need to see real leadership in Beirut,” Blinken added