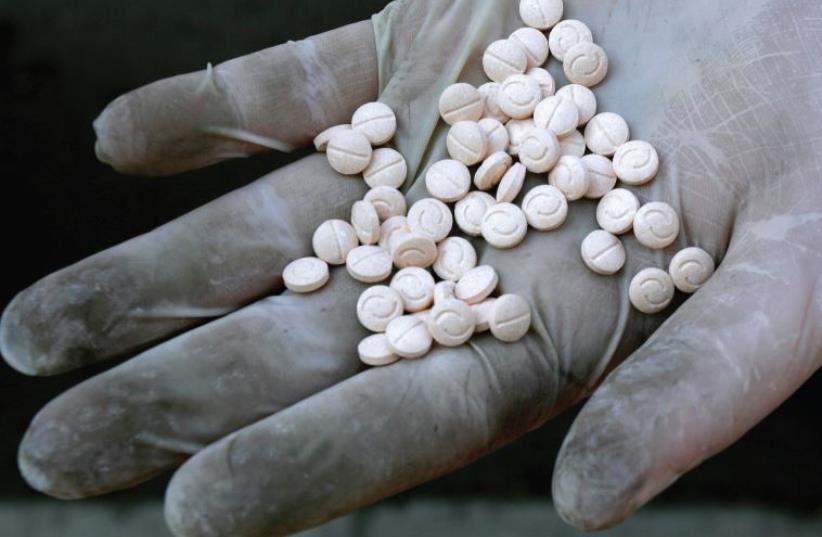 Since the Syrian civil war began in 2011, the production and smuggling of Captagon has flourished on both sides of the Lebanese-Syrian border. AFP
Share:

Lebanon seized millions of Captagon pills on Friday that were about to be smuggled to Saudi Arabia, Interior Minister Mohamed Fehmi said.

This is the second seizure in a week of drug shipments bound for the kingdom.

“I ask all countries to trust Lebanon as they did before. All Lebanese should co-operate with authorities to restore confidence in the country,” Mr Fehmi said at Beirut port, where the shipment was intercepted.

Top Lebanese officials including Mr Fehmi have vowed to clamp down on the trafficking of narcotics to win back the trust of Gulf countries – longtime investors in Lebanon – at a time of severe economic crisis.

“The millions of Captagon pills that were seized were destined for the city of Jeddah in Saudi Arabia,” Mr Fehmi said.

Saudi Arabia banned imports of Lebanese produce two months ago after it found millions of Captagon pills hidden inside a pomegranate shipment.

The ban will only be lifted when Lebanon shows “adequate and reliable guarantees” that it is cracking down on drug traffickers, the Saudi Interior Ministry said in April.

The ban is one of the latest signs of deteriorating relations between Lebanon and its historic allies in the Gulf as the Iran-backed militant group Hezbollah, which holds sway over political life, pushes Beirut further towards Tehran’s orbit.

Hezbollah and its ally the Syrian government have both been accused of profiting from the illegal production and smuggling of Captagon pills.

Two brothers were arrested in connection with the drug-stuffed pomegranate shipment in May.

Mr Fehmi is part of a Hezbollah-backed caretaker government that stepped down last August after a deadly blast at Beirut’s port.

Bickering between political leaders has prevented the formation of a new government capable of paving a way out of Lebanon’s crisis, sending the country further into meltdown.

Caretaker foreign minister Charbel Wehbi  who was appointed by president Michel Aoun stepped down last month after he made derogatory comments about people from the Gulf in a television interview, causing a diplomatic crisis with Saudi Arabia