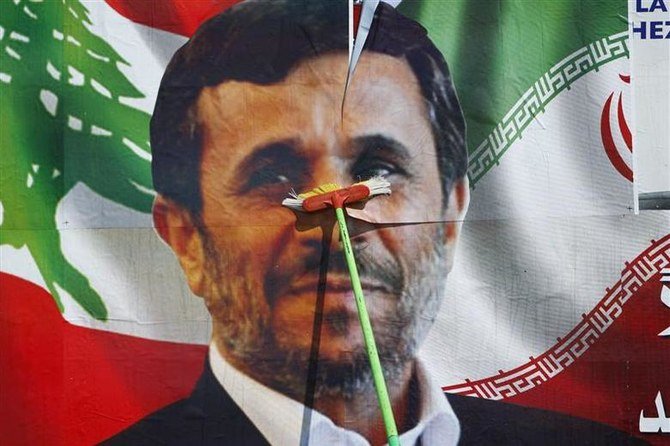 LONDON: Former Iranian President Mahmoud Ahmadinejad said he will not vote in Friday’s election, and warned that the heavily restricted process will produce a government without domestic or international legitimacy.

Ahmadinejad, who served as president from 2005 to 2013, said he will exercise his “personal right” to abstain from voting.

“I am not going to vote. And the main reason is that I am witnessing that a major part of the people are put aside,” he told The Daily Telegraph.

Ahmadinejad was among hundreds of prospective candidates prevented by the Guardian Council — a religious body beholden to and appointed in large part by Iran’s supreme leader — from running in this year’s election.

His own re-election in 2009 also proved controversial, with some of Iran’s largest post-revolution protests sweeping the country to express dismay at what the public perceived to be a sham vote.

This year saw some of the heaviest vetting of candidates by the Guardian Council ever. Almost all so-called reformist candidates were prevented from running — with one token reformist candidate allowed — and with only a series of obscure hardline figures allowed to run against the prolific head of the judiciary Ebrahim Raisi.

Three of those withdrew from the race, facilitating an election that observers have likened to a coronation for the controversial hardliner Raisi.

Despite the autocratic nature of the Iranian regime, authorities view election turnout as an important legitimizing tool.

They are doing their best to convince citizens to head to the polls by putting up banners in cities and by covering the election heavily on state TV.

Turnout is expected to be significantly lower this year, with some polls predicting just 40 percent.