Gemayel calls for a revolution against Hezbollah, to free Lebanon of Iranian occupation 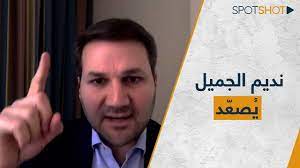 MP Nadim Gemayel , son of the slain president Bashir Gemayel called for a revolution against Hezbollah to free Lebanon from the Iranian occupation, stressing that Hezbollah chief Hassan Nasrallah is the de-facto ruler of Lebanon while president Aoun has become absent minded and completely lost control of the presidency .

Resigned Phalangist MP Nadim Gemayel launched several fiery stances during his interview on “Spot Shot”, stressing that we are in Lebanon under the authority of “Iranian occupation and tutelage of illegal weapons of Hezbollah.” Hezbollah’s Nasrallah is now the actual ruler, and the chaos that exists today in Lebanon is in his interest, and he is currently allocating roles to everyone.

Regarding the government file, Gemayel stressed that “the biggest problem currently is who will be the president of the republic, and contrary to what some believe it is not a problem of disagreement over one or two ministers, the next government. If formed, it will be nothing but a caretaker government to run the country and Its most important role is ” the election of a president of the republic, and all of them are competing for who will take the majority in this government ”

Gemayel offered Hezbollah two choices Hezbollah, , “either to sit with us at the table in order to negotiate coexistence together, or leave us and go to your Wilayat al Faqih country in order for us to live in our own culture and civilization that unites all Lebanese of all stripes..” He warned that these are the only choices and he is ready to start a revolution against Hezbollah to free Lebanon from the Iranian occupation . He cautioned his supporters the the battle against Hezbollah will be long and bloody .

nI his speech yesterday Nasrallah sounded like the Supreme leader of Lebanon. One analyst commented on Nasrallah’s speech by saying” Nasrallah declares Hezbollah is the state of Lebanon “