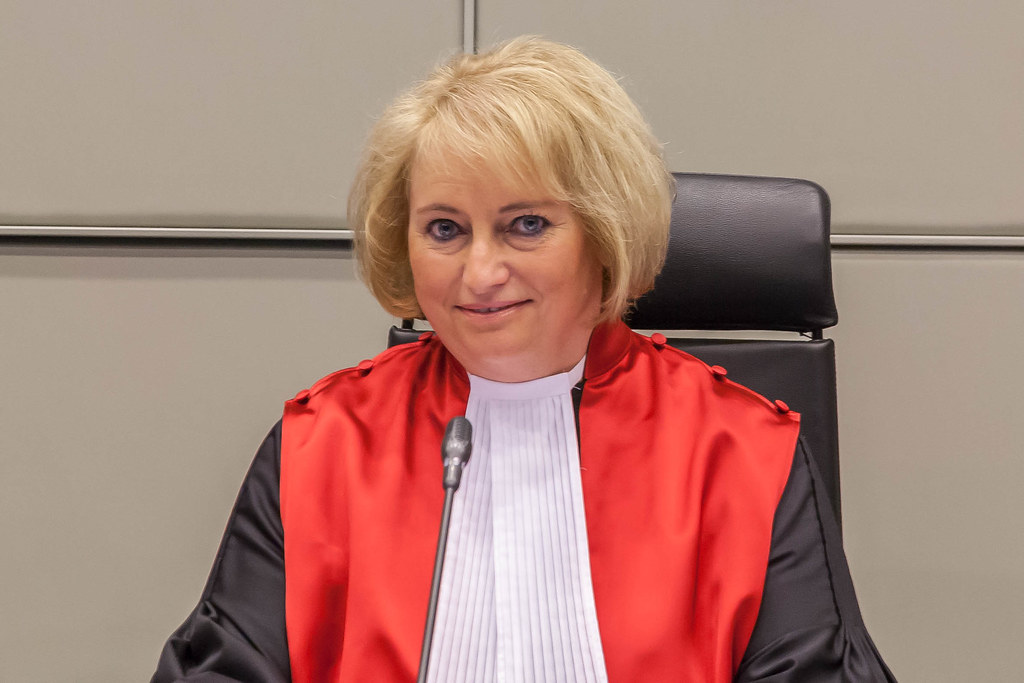 President of the Special Tribunal for Lebanon (STL) Judge Ivana Hrdličková warned that the cancellation of the start of the trial in the case of the assassination of Lebanese former Prime Minister Rafik Hariri was a “dangerous precedent” in international criminal justice.

In remarks to Asharq Al-Awsat, she said the halt of STL proceedings sends a “destructive message” to the Lebanese people and relatives of the victims.

Judges at the STL on Thursday cancelled the trial of Salim Jamil Ayyash, a former Hezbollah member, convicted of Hariri’s 2005 assassination, because they expect the court to run out of money and be forced to shut down before it can finish.

Last year the tribunal, located near The Hague, convicted Ayyash in absentia for the bombing that killed Hariri and 21 others on the Beirut seafront. That ruling is being appealed. A second case was meant to begin on June 16, prosecuting Ayyash for another assassination and other attacks on other Lebanese politicians in 2004-2005.

But in a decision published Thursday on the court’s website, the judges wrote they had cancelled the case, “considering it is futile to start a trial in June which is highly likely to be terminated in July due to lack of funds.”

Earlier this week the tribunal announced it will have to close after July if it is unable to resolve its funding shortage.

Hrdličková said the judges were “very worried” about the financial state of affairs at the STL.

She warned that if the tribunal does not receive more funding in June, then it will not be able to continue to operate.

Such a development will be a destructive message to the victims and entire Lebanese people and it will mark a dangerous precedent in international criminal justice, she remarked.

She therefore, urged the international community to renew its support to the STL to allow it to continue its work.

STL spokesperson Wajed Ramadan said that the tribunal’s inability to wrap up cases related to crimes that have endangered international peace and security will send a message that terrorism may remain unpunished.

Furthermore, the halt of the tribunal’s work will dash the hopes of coming generations in the rule of law and justice, she told Asharq Al-Awsat.

A statement on Wednesday said that while the 2021 budget was cut by 37% and a $15.5 million contribution had been received from the United Nations on behalf of Lebanon in March, other contributions had not materialized.

Court officials have notified UN Secretary-General Antonio Guterres of the situation and judges and other staff are preparing steps to preserve court records and take steps “related to the protection of witnesses”, the statement said.

The halt of the STL would also undercut calls for the creation of a new UN tribunal to bring to justice those responsible for the cataclysmic Beirut port blast last August that killed 200 and injured 6,500.