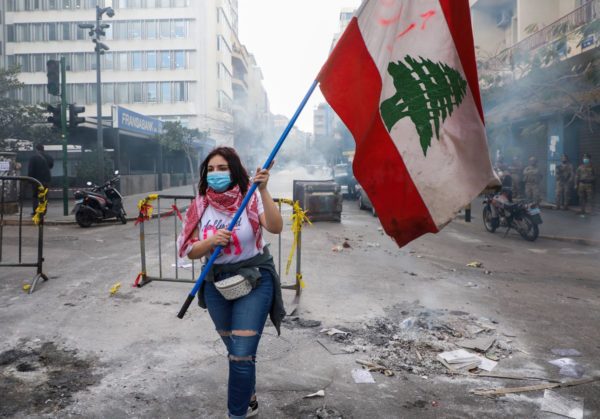 The European Union is drawing up sanctions on politicians in Lebanon seen as blocking the formation of a government, readying the bloc’s first penalties on its Middle Eastern ally in frustration at the ruling elite’s mismanagement, diplomats said.

Led by former colonial power France, the bloc is seeking to ramp up pressure on Lebanon’s squabbling politicians, after 10 months of crisis that has left Lebanon facing financial collapse, hyperinflation, electricity blackouts, and fuel and food shortages.

No names have been discussed and Hungary has publicly denounced EU efforts to pressure Lebanese politicians, but six diplomats and officials told Reuters that technical work has now begun on preparing sanctions – so-called designation criteria – after EU foreign ministers on Monday agreed to take action.

As many senior Lebanese politicians have homes, bank accounts and investments in the EU, and send their children to universities there, a withdrawal of that access could be a lever to focus minds.

Paris says it has already taken measures to restrict entry for some Lebanese officials, for blocking efforts to tackle the unprecedented crisis, which is rooted in decades of state corruption and debt.

“The level of impatience with the ruling class is growing. They don’t seem to have their peoples’ interest at heart. Expect to see a decision in the next three to four weeks,” said a senior EU diplomat.

The EU first needs to set up a sanctions regime that could then see individuals hit by travel bans and asset freezes.

There are divisions among the 27 EU states over the wisdom of EU sanctions, but the bloc’s two main powers, France and Germany are in favour, which is likely to prove pivotal. A larger group of nations has yet to specify their approach.

However, officials say it is usual at the technical, preparatory stage that countries remain circumspect and that once a political agreement among EU governments is in place, they will rally around France.

“It’s just a question of time. We have what we wanted,” said a senior French diplomat following Monday’s meeting.

Given Hungary’s opposition, the working hypothesis is now to go for the approach of each of the remaining 26 EU countries to individually place sanctions, as well as offering aid.

“The people are suffering but the political leaders are not taking responsibility while the country is literally falling apart,” EU foreign policy chief Josep Borrell told reporters.

“We are working on an approach that combines carrots and sticks,” he said.

An EU options paper lays out how Lebanon could benefit financially from a variety of aid, but diplomats said there was nothing to suggest these carrots would entice Lebanese politicians and that it was now all about the “sticks”.

France has not made public what steps it has taken alone, or against whom, and the potential impact is unclear as some Lebanese politicians hold dual nationality. French officials say a list of names is in

place and it has not been divulged in order to “shake-up” and keep guessing Lebanese politicians.

Diplomats have also said the EU would also have to decide whether and how to target the political arm of Hezbollah, the Iranian-backed armed movement that wields enormous power in Lebanon and is also held responsible for part of the political status quo.

The group is less likely to have interests in the EU.

In a possible signal to the EU, the United States for the first time under President Joe Biden on Tuesday sanctioned seven Lebanese nationals it said were connected to Hezbollah’s financial firm and called on governments worldwide to take action against it. read more